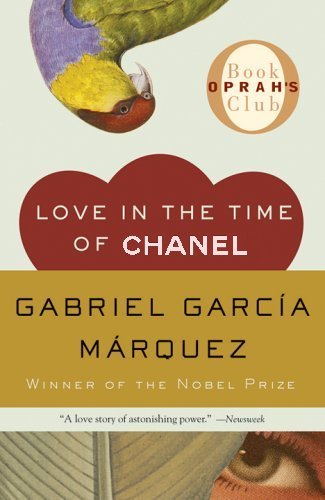 If you’re a serious collector of literature, you’d probably think it horrifying to alter Hemingway’s “For Whom the Bell Tolls” so that the soldiers are fighting with pillows instead of guns (although adding zombies to Jane Austen’s “Pride and Prejudice” struck many as a fine idea). So you can imagine how serious female writers must feel when editors tell them, “You need to make this more chick-lit.” 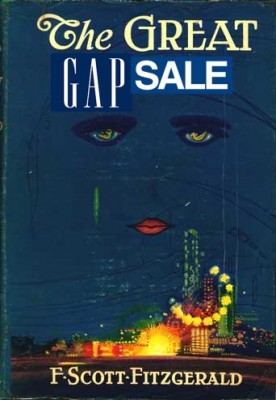 With this unfortunately common problem in mind, our friends over at The Gloss had a little fun turning classic books into modern chick-lit sensations, involving designer clothes and shoes, as well as a healthy dose of thwarted romance. We particularly like the “Love in the Time of Chanel” cover above.

According to Jennifer Wright of The Gloss, the blurb on the “The Great Gap Sale” would read something like, “Jay Gatsby is obsessed with the green light at the end of the pier—green like the lime green sweaters on sale at The Gap! … But perhaps he’s met his match in the equally stylish, old money Daisy Buchanan. Will their sartorial savvy bring them together?”