One of the best known traditions surrounding wedding cakes is for the bride and groom to save the top layer and eat it on their one-year anniversary. By then the cake is usually dry as dust, so perhaps the idea is that if the couple can survive the ordeal, or if they are good-humored enough about the silliness of the tradition to agree to toss the aged confection in the trash, then maybe there’s hope for their marriage. 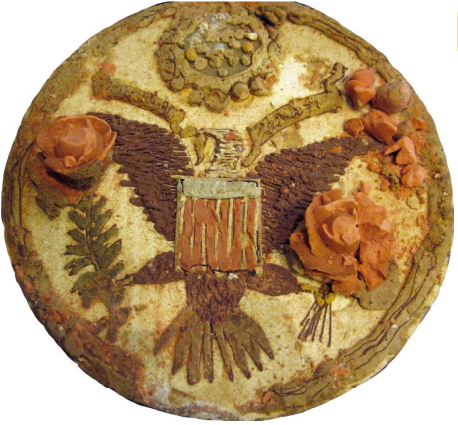 Recently this old piece of cake, up for auction at Heritage, caught our eye. It’s way older than one year (try 48) and though it was not a wedding cake, the circumstances of its presentation to one particular birthday boy have long dripped with the sort of sexcapades, or at least innuendo, routinely associated with wedding nights. That’s because it’s a piece of the cake presented to President John F. Kennedy in 1962 to mark his 45th birthday. According to Heritage, 15,000 people attended the party at Madison Square Garden in New York City, from Ella Fitzgerald to Bobby Darin to Peggy Lee. But despite the presence of these great singers, it was a loopy Marilyn Monroe who was given the duty of singing a breathy “Happy Birthday, Mr. President” to JFK, a performance that caused the leader of the free world to both smile and squirm. A few months later, Monroe was dead.

The piece of cake up for auction is actually a sugar-frosted decoration on cardboard—it was spirited away from the ceremony by a police officer who was part of the event’s security staff. Along with a program from the event, the piece is expected to bring between $5,000 and $10,000.