Playing Hardball in the 1950s

Here’s one more baseball photo before the 2010 season finally ends (it could happen tonight in Arlington, Texas, if the Giants beat the Rangers, but one way or the other it’ll all be over by Thursday night). This photo from a Show & Tell is of Chavez Ravine before the Los Angeles Dodgers made it their home. 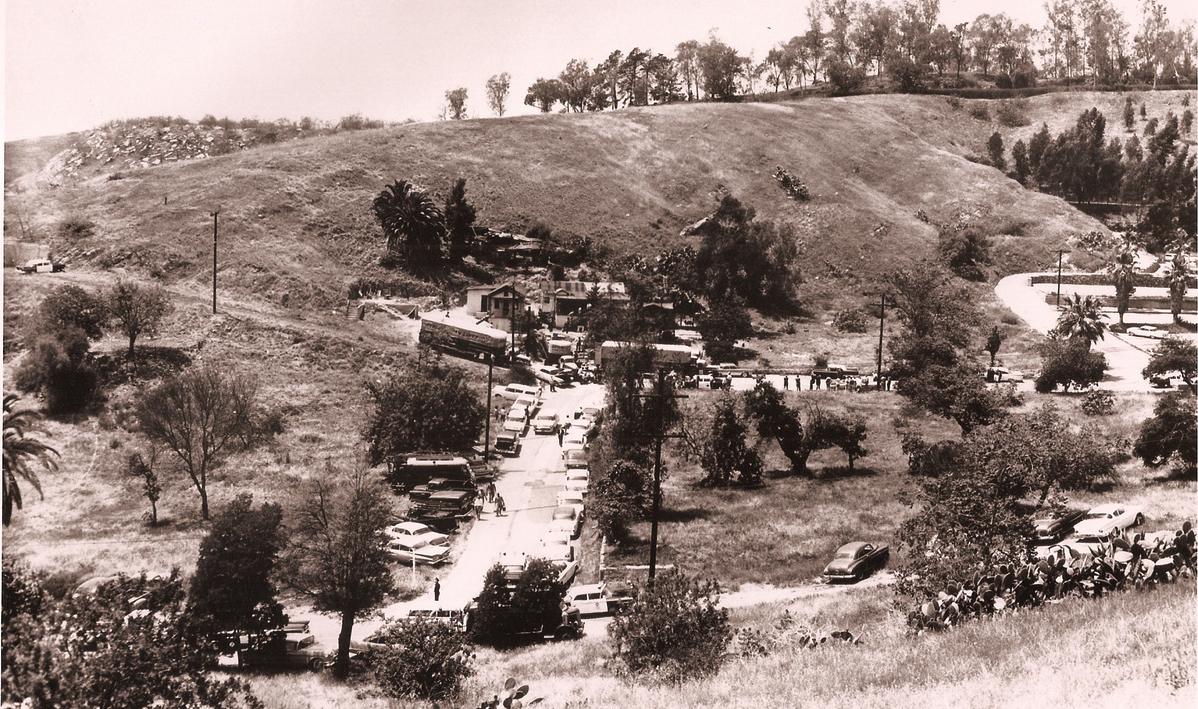 The photo’s source is the Los Angeles Herald Examiner’s photo morgue. It was shot in the late 1950s. Look closely and you can spot at least four police cars (for a larger view, click here). Why were they there? Residents were being forced out to make way for the Dodgers, who picked up this prime piece of real estate for a song. Play ball!