Rare Books: Montana to Michigan, As Chronicled By a 15-Year-Old in 1865 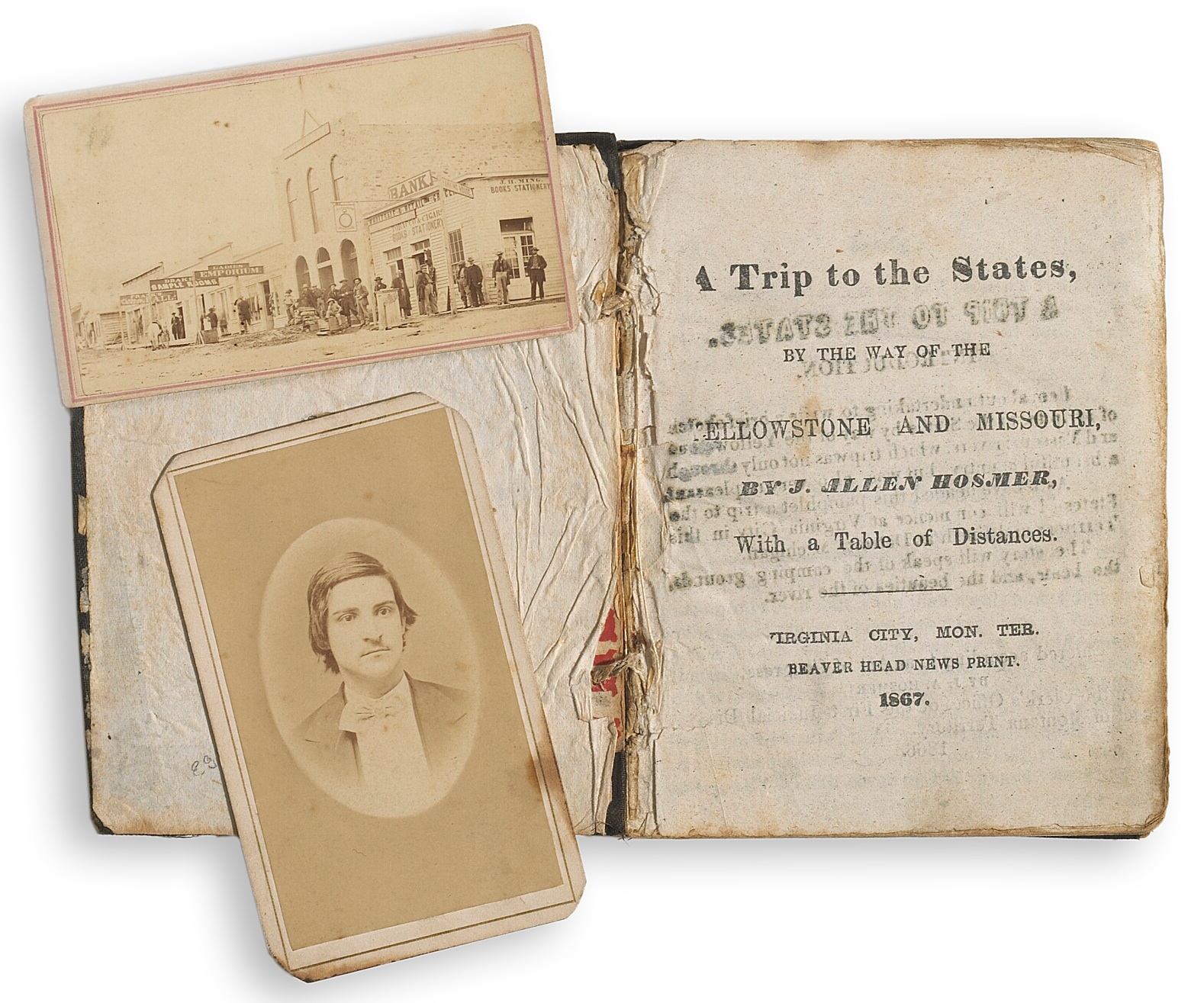 One of the most curious items in our auction on December 2, 2010, is the first book produced in its entirety in the Montana Territory. It is an account by John Allen Hosmer of an 1865 trip he took with his family from Virginia City, Montana, to Detroit, Michigan. The means of transportation included a wagon, a raft down the Yellowstone River, a steamer on the Missouri River, a stagecoach, and the railroad.

Hosmer kept a diary, edited it, printed it on his own printing press one page at a time, sewed it, bound it, and sold copies for $1 each in gold dust. What is so extraordinary is that he was a mere fifteen years old at the time. Hosmer called his press the “Beaver Head News Print,” and he apologizes at the end of the text that, “In a great many places where there ought to be full stops, nothing appears but commas. My reason for this is, I had but one small font of type … One large W was all of that letter I had.”

Apart from being an exceptionally cute little book, Hosmer’s “A Trip to the States by Way of the Yellowstone and Missouri” is also exceedingly rare. Nobody knows how many copies were produced, and since it was printed on crude newspaper stock, very few are believed to have survived—in the 1950s, the bibliographer Howes found only nine copies. Only one copy appears in the auction records, which is, indeed, this copy; it was previously sold at auctions in 1968 and 1999, and was in the celebrated library of Americana collector Thomas W. Streeter.