At their best, Show & Tell posts reveal “the stories behind the stuff.” But two Show & Tellers, Savoychina1 and VikingFan82, have proven that sometimes Show & Tell can do much, much more. In their case, they made connections between people separated by language, the world’s biggest ocean, and more than half a century. 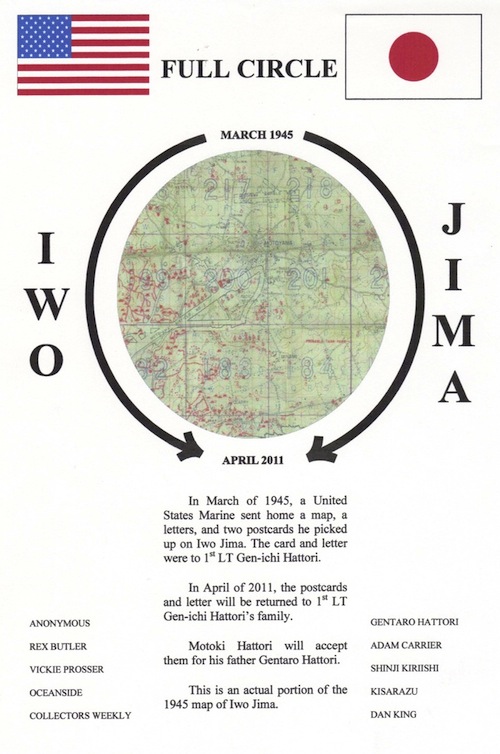 I won’t retell the whole tale since Savoychina1 has done such a fine job here. Long story short, Savoychina1 had a box of military photographs, postcards, and letters, including correspondence between a Marine and his father. Also in the box was a letter written in Japanese.

In January, Savoychina1 posted this material on Show & Tell. He has since removed his posts to preserve the privacy of the people referred to in the letters.

Unprompted, VikingFan82 made the connection between the Marine’s correspondence and his surviving family—naturally, Savoychina1 immediately returned this material to the family. But Savoychina1 still had the letter written in Japanese, which, he eventually learned, was written by the mother of a Japanese soldier, who died during the battle of Iwo Jima. After some digging and help from a kindred spirit in Oceanside, California, named Vickie Prosser, surviving members of the soldier’s family were located. They will receive the letter later this week, and Savoychina1 will be on hand to close the circle.