Tag Worn By U.S. Astrochimp Up for Auction 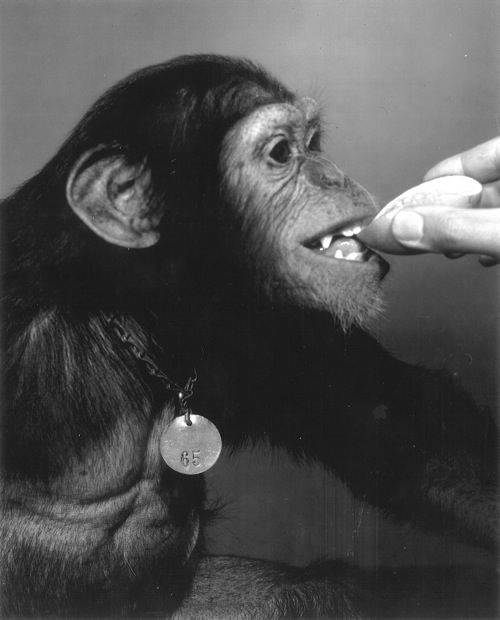 Space collectors get particularly excited about “flown objects,” which are artifacts that were carried on board spacecraft. The most commonly flown objects are flags, patches, and medallions.

This unassuming-looking tag is a rather unique flown item. It flew into space on January 31, 1961, around the neck of the “astrochimp” Ham. Ham was selected from 40 chimpanzees to be the test-pilot of the Mercury-Redstone 2 mission. 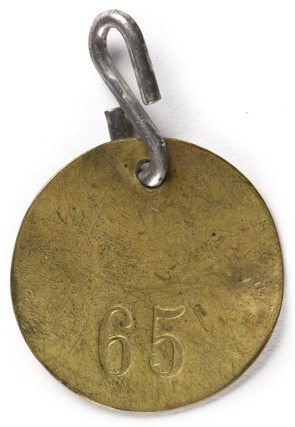 Ham flew 157 miles into space and reached a speed of 5,857 mph. The first chimpanzee launched into space during the American space program, he made it safely back to Earth and could be credited with paving the way for Alan Shepard’s historic journey as the first American in space on May 5 of the same year.

Ham’s neck tag will be included in Bonhams’ Space History Sale, which takes place on the 50th anniversary of Shepard’s 1961 flight—May 5, 2011.

Guts and Gumption: Vietnam Helicopter Pilots Wore Their Hearts on Their HelmetsTaxidermy Comes Alive! On the Web, the Silver Screen, and in Your Living Room