The High Price of a Funky Christmas 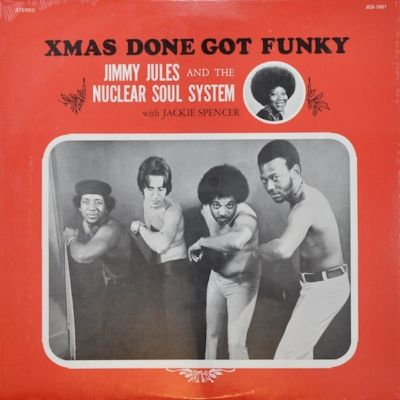 When it comes to Christmas albums, the top dogs on our Christmas records page are usually The Beatles, which mailed flexi-discs to its fans from 1963 to 1970, and Pearl Jam, which has been pressing 45s and 10-inch vinyl for members of its Ten Club since 1991 (skipping a year in 1994). Elvis Presley’s 1957 “Elvis’ Christmas Album” is the best selling Christmas album of all time, but 9-million copies sold means it’s not especially rare.

But if you’re looking for a Christmas album that just about nobody has, check out the private-label, mid-1970s vintage vinyl (shown above) called “Xmas Done Got Funky,” performed by Jimmy Jules and the Nuclear Soul System, with Jackie Spencer. Right now (auction ends December 15), the bidding for a copy of this seven-song, 12-inch, 33 1/3 RPM time capsule is pushing $130 (update: $521.12 was the final price), with more than 81 people watching. Last Sunday, a similar copy fetched $738, which is more than than the $597 price paid last summer and about what the LP was going for in 2009 ($715).

As vinyl futures go, this sounds like a rock-solid investment, but is “Xmas Done Got Funky” worth it for the music alone? Here’s the title track so you can decide for yourself. 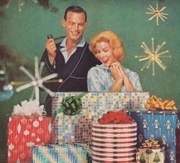 Digging for the Perfect Beat: Davey D on the Vinyl Roots of Hip-HopWill the Real Santa Claus Please Stand Up?

Christmas AlbumsAs musical genres go, Christmas albums have got to be one of the most diver…