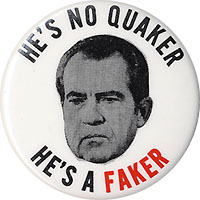 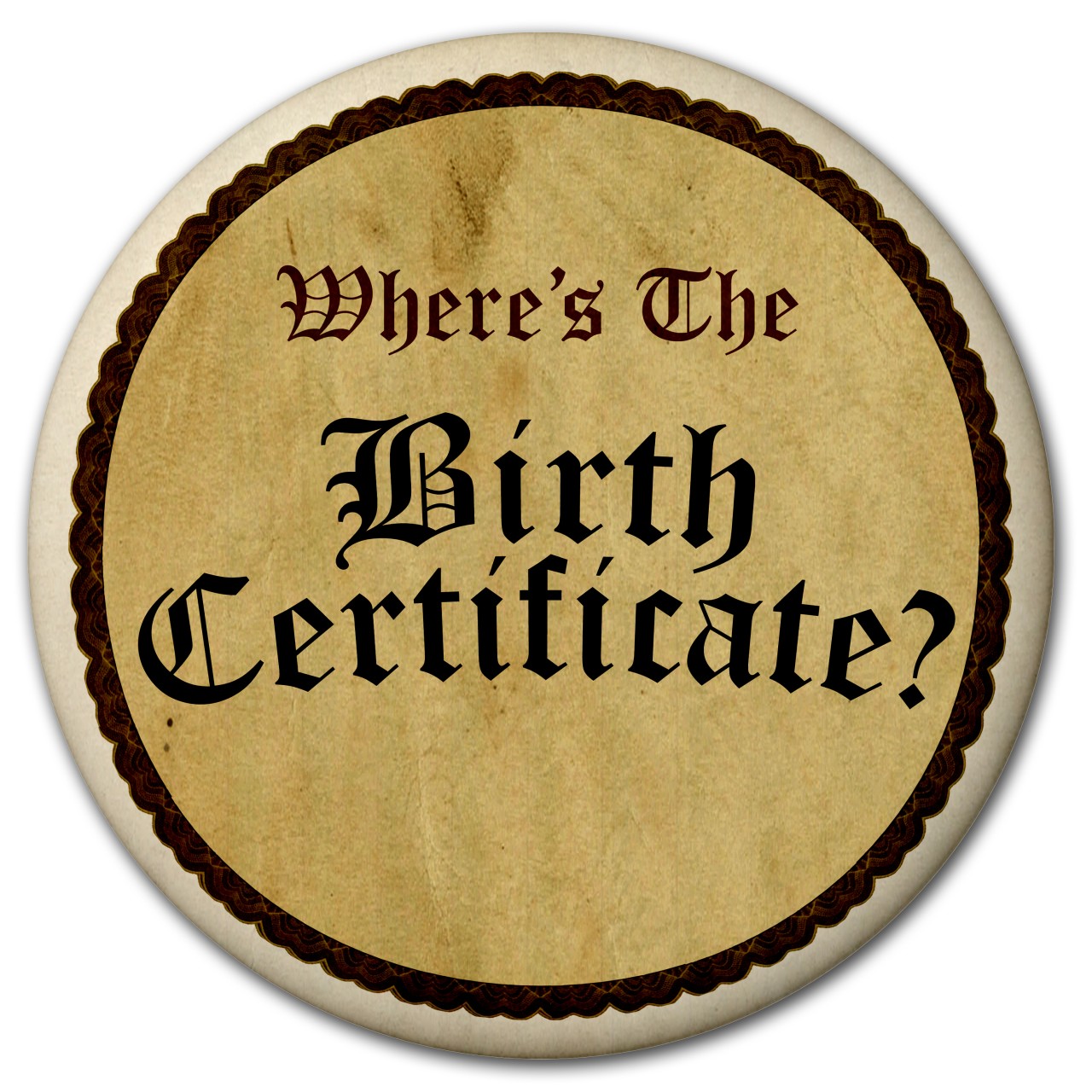 Think current U.S. political campaigns are nasty? The attack-pinback has long been a tool of partisans and politicos.

Today, President Obama finally produced his long-form birth certificate, rendering this button (above, right), and a central complaint of presumptive presidential candidate Donald Trump’s campaign, obsolete. In 1968, candidate Richard Nixon promised to bring the troops home from Viet Nam. Two years later, as the war escalated, anti-Nixon forces accused the president of hypocrisy (above, left) in light of his religious background—Quakers are pacifists. 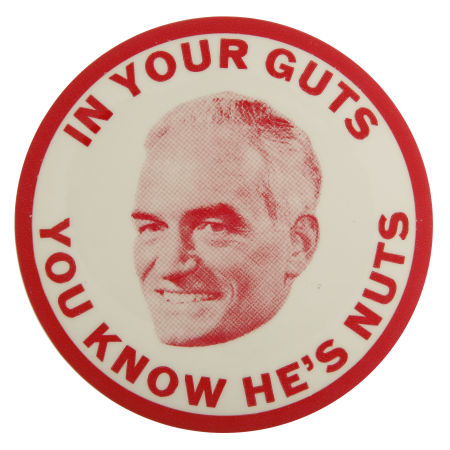 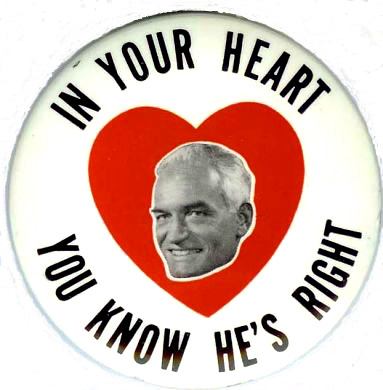 In 1964, Lyndon Johnson supporters made a sport of demonizing candidate Barry Goldwater. They riffed on Goldwater’s actual slogan, “In Your Heart You Know He’s Right,” with one that played to people’s fears (above, left). 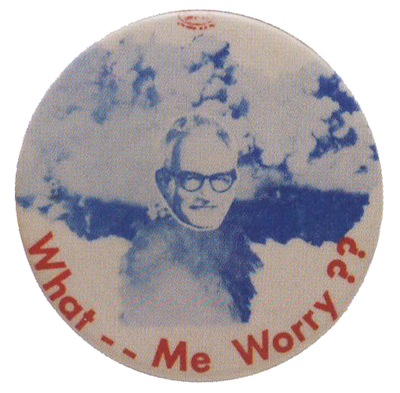 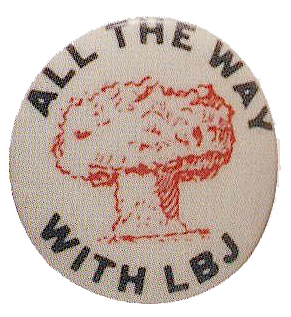 The Goldwater doomsday-notion was made explicit with buttons such as the one above (left), collaging Goldwater’s face onto a mushroom cloud to stoke fears that if elected president, the Republican from Arizona would be quick to use the bomb. Goldwater supporters responded by tarring LBJ with the same brush. 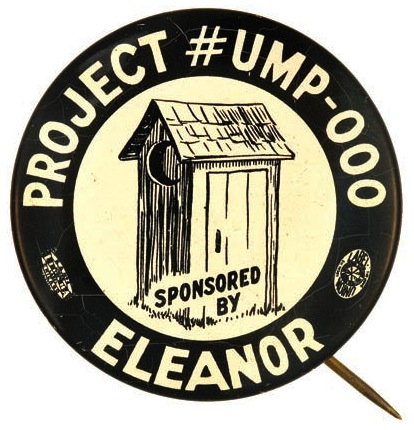 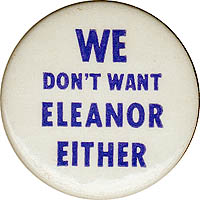 In 1940, Franklin Delano Roosevelt ran for re-election after eight years in office. In an effort to prevent a third FDR term, supporters of Republican challenger, Wendell Willkie, juxtaposed a drawing of an outhouse with the first lady’s first name. Though mild by today’s standards, the button suggested that Mrs. Roosevelt’s devotion to social programs was so misguided that she’d soon be using taxpayer dollars to fund the construction of rustic toilets. The button to the right makes its point more quickly. 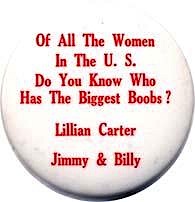 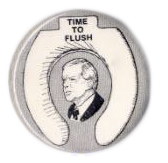 In 1980, supporters of Ronald Reagan attacked President Carter’s mother, Lillian, and his gaffe-prone brother, Billy (remember Billy Beer and his controversial connections to Libya’s Mu’ammar Gaddafi?), to score political points. Other buttons (above, middle) were more direct, while some took jabs at his background as a peanut farmer (above, right). 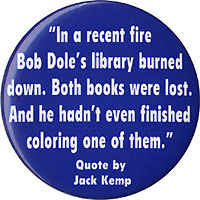 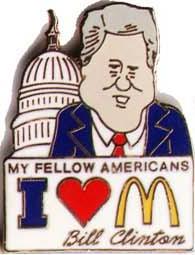 In 1996, people who wanted to see Bill Clinton re-elected trotted out a disparaging 1988 quote by Jack Kemp, who was Republican challenger Bob Dole’s running mate at the time, thus drawing attention to the lukewarm support for Dole from within his own party. Unable to attack the economy, Clinton foes went after the president’s appetite for cheeseburgers. 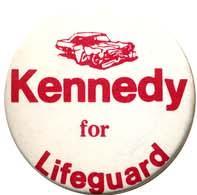 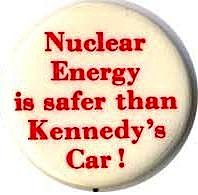 In 1980, Ted Kennedy’s lost his bid for the White House due in no small part to his actions more than a decade earlier, when he drove his car off a road in Martha’s Vineyard and left it underwater, with the body of a 28-year-old woman inside. He did not report the incident to authorities until 10 hours later and ultimately pled guilty to leaving the scene of an accident. Numerous buttons, including the two shown above, alluded to the incident. 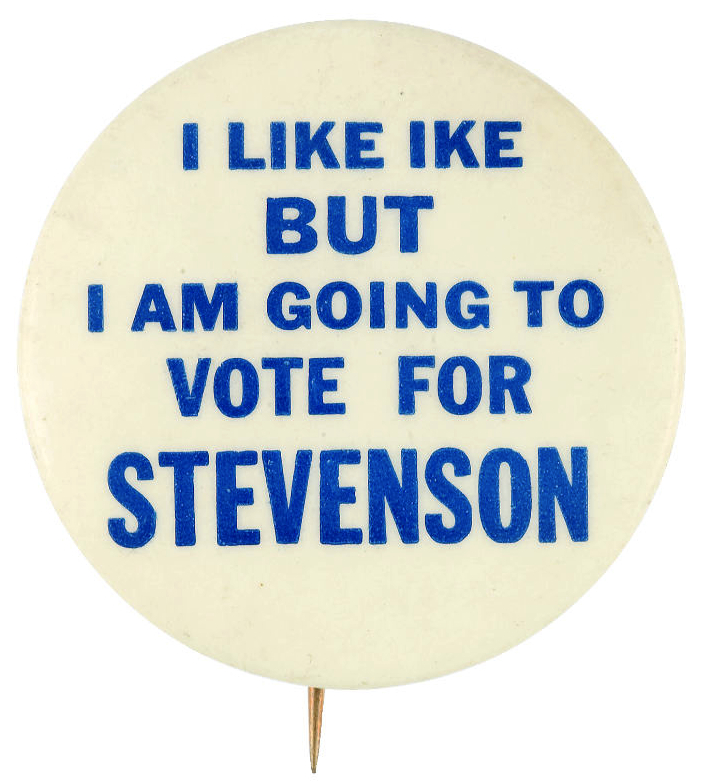 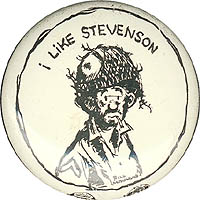 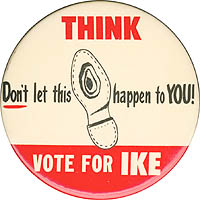 In 1952 and 1956, Adlai Stevenson and Dwight Eisenhower tangled for two elections in a row. The phrase “I Like Ike” was tweaked by Stevenson supporters (above. left), and World War II cartoonist Bill Mauldin threw his most famous character’s support to Stevenson over the general the character served under (above, middle). The definition of mean in the 1950s, though, was not what it is today—after someone snapped a photo of one of Stevenson’s campaign-trail-worn shoes, Ike supporters grabbed the image as a symbol of the poverty that would befall the nation if Adlai was elected. 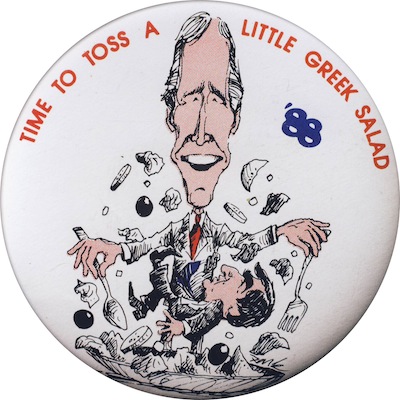 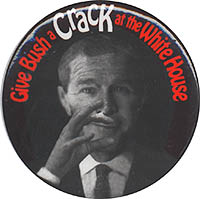 Of course, no list of nasty political campaign buttons would be complete without a reference to Bush I and II. In 1988, supporters of George H. W. Bush flogged the ethnic roots of challenger Michael Dukakis. In 2000, opponents of George W. Bush went after his reputation for being a party animal in college. 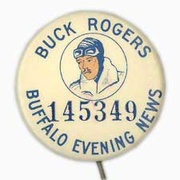 Political PinbacksWant a quick tour of the U.S. political landscape of the past 100 or so yea…