The Most Expensive Purse in the World 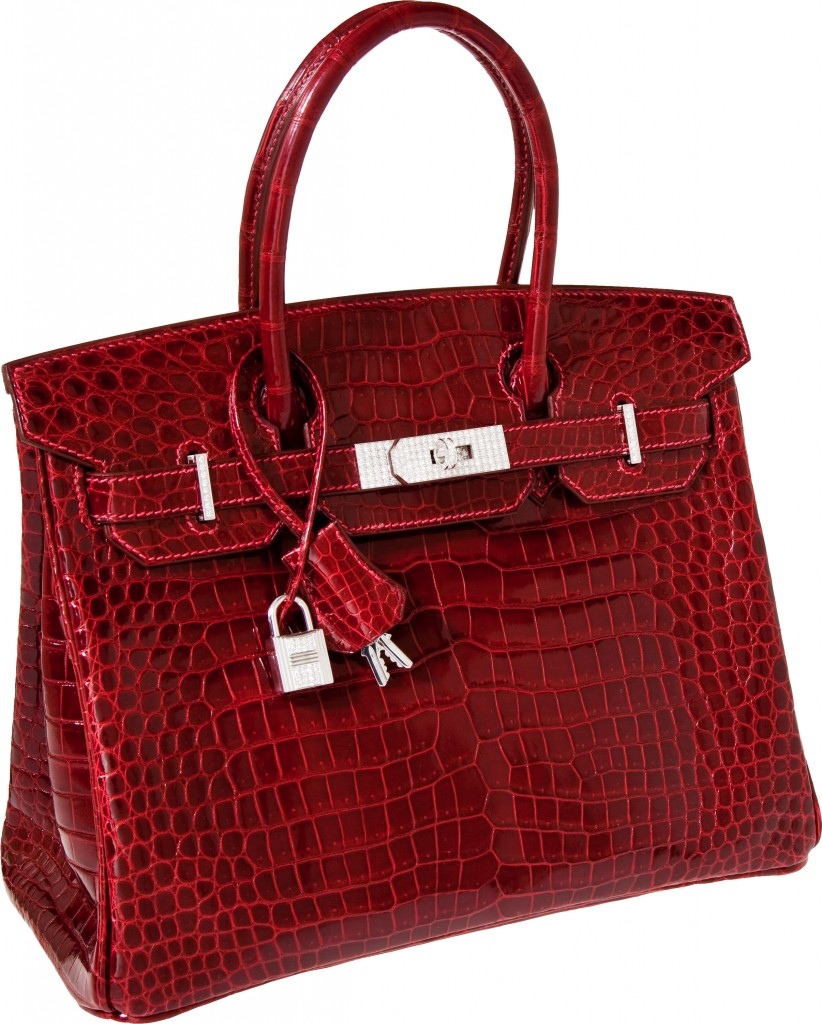 On Tuesday, Heritage Auctions in Dallas, Texas, sold a red Hermes Birkin handbag to an anonymous bidder for $203,150, including the buyer’s premium. This price dwarfs the previous record for most expensive handbag—last year in England, a Birkin went for the equivalent of $77,000. At the auction Tuesday, not one, but four, Birkins busted this record, the cheapest selling for $80,663.

Handmade from start to finish by a single craftsman, the Birkin is no ordinary handbag, and the priciest purse in the world was no ordinary Birkin. Not only was it made from the same Porosus crocodile (a native to saltwater estuaries in northern Australia) favored by Birkin lover Victoria Beckham, its hardware was fabricated of 14k white gold, although it might as well been made of tin since the surface was almost entirely obscured by diamonds.

But you don’t have to spend six figures if you want this Porosus crocodile “it” bag, if you’re willing to forego the diamonds. Right now, a similar, slightly larger Birkin (35cm vs 30) is available on eBay for only $32,500. At the moment, 40 people are watching it, although the reserve has not been met. Auction ends this Saturday.

Now for the bigger question: What does one put in a $200,000 purse? Presumably not crumpled receipts, broken lipsticks, and used tissues. While you’re pondering that one, take some time to peruse our new bags family. There, you can find a gorgeous piece of arm candy that won’t cost you an arm and a leg.