The New Robot Is Your Old Teddy Bear

If you thought Teddy Ruxpin, the 1980s animatronic talking teddy bear, was creepy, you haven’t seen anything yet. According to reports, Fujitsu is working on a line of “Social Robot” teddy bears that are not only animated, they change their behavior based their interactions with humans. This video shows the bear in action. Depending on your cues, these cute-as-a-button bears will chose an appropriate response from hundreds of programmed behaviors—from laughing to waving to wiggling their feet. 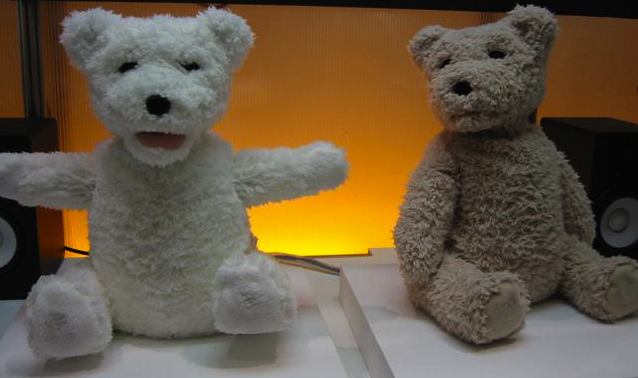 Here at Collectors Weekly, we know this concept is nothing new in Japan. In fact, we just launched a new category detailing the surprising history of toy robots.

As our Overview points out, the first automatons were created by a Japanese craftsman named Hisashige Tanaka in the Edo period. Known as karakuri dolls, these beautiful creations could be startlingly life-like, and Japanese aristocrats were delighted by their ability to serve tea, shoot arrows, and write.

Western culture, on the other hand, has remained generally fearful of artificial intelligence, with visions of sentient robots turning violent and taking over the world. The roots of the West’s robot paranoia can be traced to Czech writer Karel Capek’s 1920 play, “R.U.R.” or “Rossum’s Universal Robots,” in which robots wipe out our species. Hello, Cylons? 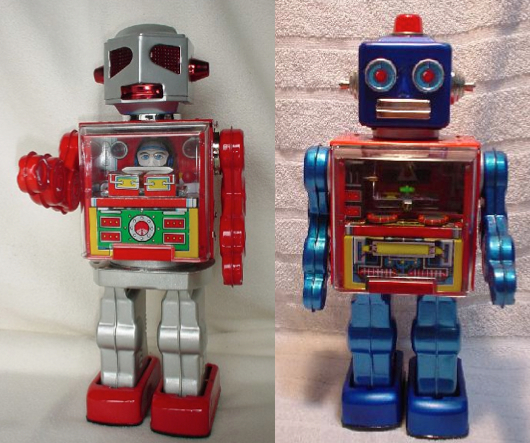 These Japanese robots date from the postwar period.

But in Japan, particularly in the wake of the nuclear bombs dropped on Hiroshima and Nagasaki in World War II, robots were seen as the most trusted allies a person could have. For example, Ozamu Tezuka’s 1951 manga hero, Astro Boy, an adorable humanoid robot with an atomic-powered body and laser fingers, fights for humanity with all the earnest integrity of Superman. In other animes, remote-control giant robots or “mecha” gave little-boy Davids their own Goliaths to take down enemies.

Even all those classic metal robots from the ’50s and ’60s, with their moving arms and light-up eyes, were as well loved in Japan as the ragtag vintage teddy bears found in American antiques malls today. It only makes sense, then, that in Japan, robots and teddy bears would become one and the same.

Teddy BearsTeddy bears are among the most cuddled and beloved of childhood companions,…