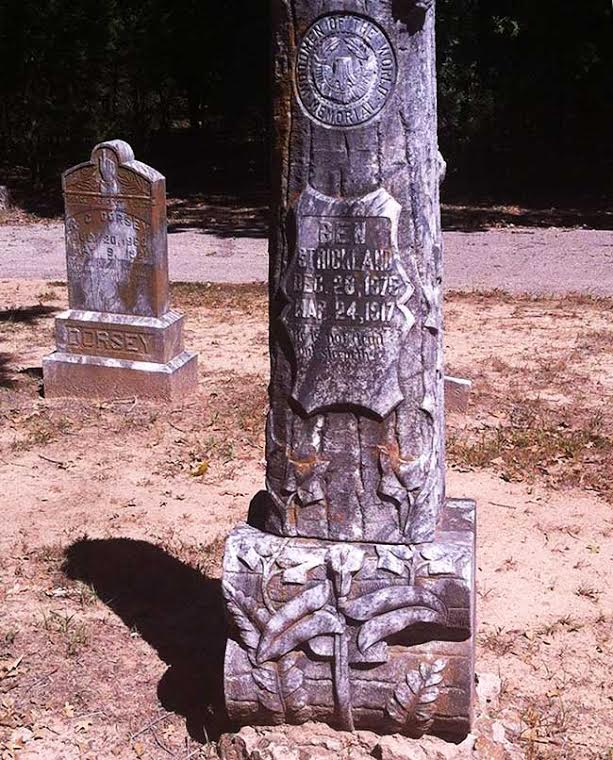 Once, when I visited my brother, who lives in a small Texas town, he took me down a winding road to a turn-of-the-20th-century cemetery in a forest clearing. There, we found three tall tombstones in the shape of tree trunks, each stamped with an insignia reading “Woodmen of the World.” What were these strange things? 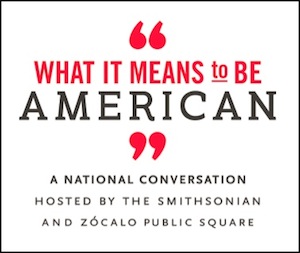 When I got home, I dug into the mystery of these stone stumps, discovering the profoundly insecure time before Americans had Social Security, when anxieties about death and finances ran deep in the American psyche. In response to these fears, the Woodmen of the World order and its progenitor and competitor, the Modern Woodmen of America, made life insurance approachable and fun by packaging it in the familiar fraternal-order culture of the day. The two Woodmen societies succeeded in selling fraternal insurance where others failed, thanks to their innovations, which included offering distinct tombstones, flaunting ax-twirling pageantry, and holding clandestine rituals that involved slapstick pranks and mechanical goat rides. Today, both organizations still exist as insurance companies, but they’ve shed the fraternal antics. It’s hard to imagine their previous incarnations, which resembled a combination of LinkedIn, GoFundMe, and Jackass.

Death was everywhere in 19th-century America: Fatal injuries, disease epidemics, and the Civil War made families acutely aware of mortality. For women and children, the death of a husband and father could tumble them into poverty. Only the wealthiest Americans bought private life insurance. Women were not allowed to take out policies on their husbands, and if the husband bought the policy on himself, the money wouldn’t be protected from creditors. 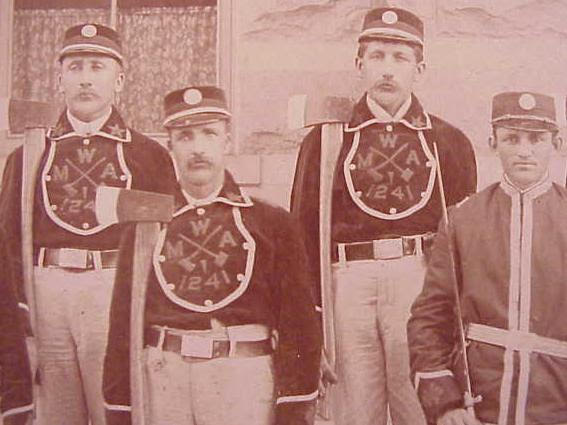 Top: A Woodmen of the World tombstone for Ben Strickland who died in 1917, found in a country graveyard outside Greenville, Texas. (Photo by Lisa Hix) Above: Members of the Modern Woodmen of America with their axes. (Courtesy of the Phoenixmasonry Museum)

And then, grieving families faced another layer of shame. In 19th-century America, taking charity was seen as a sign of weakness: The thinking was, if a lack of industriousness made you destitute, well, then you got what you deserved.

The middle and working classes did, however, have a workaround. Men could join secretive boy’s clubs like the Freemasons and Oddfellows that provided networking, entertainment, and a moral education. If a man proved himself to be hardworking and of good character through his initiation trials, his social standing meant his family could quietly receive financial support from the lodge without the stigma of accepting charity.

After the devastating Civil War, well-established fraternal orders began to formalize their benefits into insurance subsidiaries. New secret societies known as “mutual beneficiary societies,” created with the explicit purpose of offering life insurance policies, sprang up around the United States. Largely excluded from the original fraternal orders, women and African Americans even launched their own aid societies. Still, to join any fraternal order and receive its insurance benefits you had to prove that you were no slouch—a hard worker with high morals such as thrift, self-reliance, discipline, and generosity. 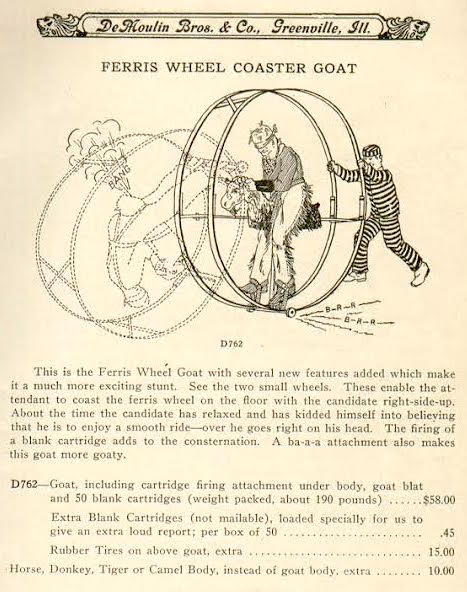 The 1930 DeMoulin Bros. & Co. catalog details the Ferris Wheel Coaster Goat: “About the time the candidate has relaxed and has kidded himself into believing he is to enjoy a smooth ride—over he goes right on his head. The firing of a blank cartridge adds to the consternation.” (Courtesy of the Phoenixmasonry Museum)

But it wasn’t all about restraint. Before the days of TV, radio, or fantasy football, fraternal lodges offered plays, rituals, and camaraderie and allowed men to let loose, which kept members coming back for more. The clout of being an insider and the endless pursuit of mystical, esoteric knowledge ensured that men would make their insurance payments for decades to come. The payouts were between $1,000 and $2,000, a lot of money at the time.

The Woodmen came late to the party—incorporating in 1883 as the Modern Woodmen of America—but their leaders’ entrepreneurial innovations breathed new life into the fraternal insurance game. Founder Joseph Cullen Root, a businessman in Lyons, Iowa, seized the opportunity to create his own fraternal order when the mutual aid society Knights of Honor, which almost went under because of the 1878 Yellow Fever epidemic, was selling its local lodge.

To avoid the financial pitfall that wrecked the Knights, Root made fitness a requirement to join his order, recruiting rural young men from the “healthiest states,” which meant those outside industrial New England. In the Woodmen, he fused Christian philosophy and pioneer values with ancient agricultural rites. “At that time, Root’s thought was that a cleared conscience and a cleared forest were synonymous,” says Bruce Lee Webb, who co-authored the 2015 book, As Above, So Below: Art of the American Fraternal Society with Lynne Adele, published by the University of Texas Press. “The axe is an instrument that clears the forest but is also useful for constructing buildings and making progress.” 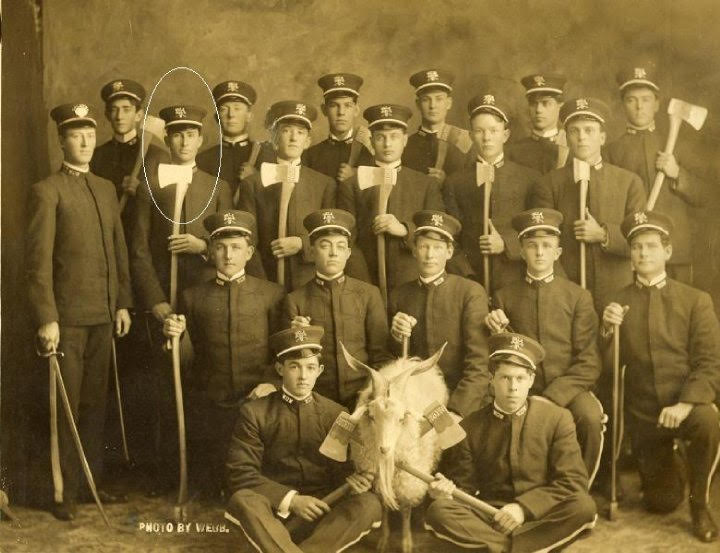 The members of Woodmen of the World lodge posing with their axes and their goat mascot. (Courtesy of the Phoenixmasonry Museum)

“When an initiate had to ‘ride the goat,’ everybody else would sit around the lodge room and have a big belly laugh.”

After an internal dispute with the other Modern Woodmen of America leaders, Root left the organization in 1890 and moved to Omaha to form a nearly identical “speculative woodcraft” order: the Woodmen of the World. One of his innovations was to provide free tombstones—Root believed passionately that no member of his order should be buried in an unmarked grave. So for 10 years, the Woodmen gave its members grave markers in the shape of tree stumps, inspired by the Victorian Rustic movement. (For another two decades, the members put down $100 apiece to reserve theirs.)

At a Woodman’s funeral, his personalized tombstone would be revealed in an elaborate ritual. The 4- or 5-foot-tall tree stump would be marked with the motto “Dum Tacet Clamet” (“Though Silent, He Speaks”) and rest on a stack of logs, each log symbolizing one of the deceased’s children. The local stone carver, who might alter the pattern, would add embellishments reflecting the Woodman’s personality, such as axes and doves. 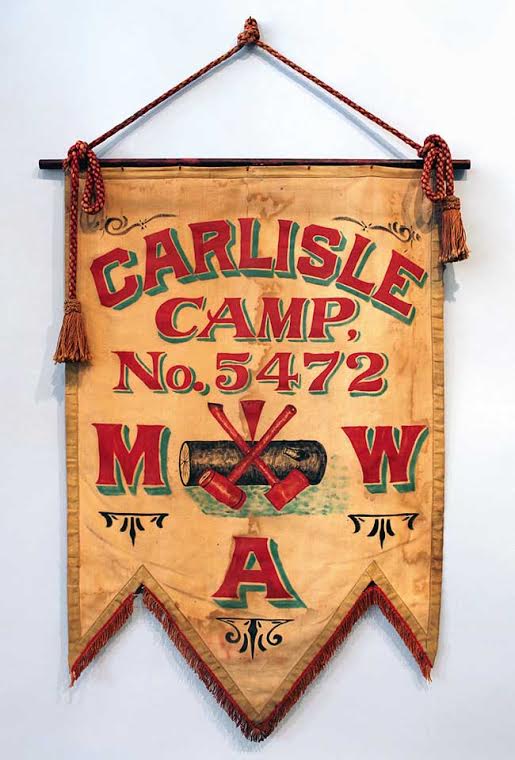 A Modern Woodmen of American parade banner, circa 1900. (Courtesy of the Webb Collection/University of Texas Press)

The Woodmen tweaked another feature of the fraternal orders, most of which had solemn initiation rituals, loosely based on old Masonic ceremonies that symbolically forced recruits to confront their own mortality. Most societies had some macabre obstacle courses that ended with the young man facing a human skeleton lit by candles. According to As Above, So Below, in an early Woodmen of the World initiation, the blindfolded candidate wore weights symbolizing the “selfishness,” “hatred,” and “prejudice” he had to shed as he navigated a “dangerous path,” which involved wood boards on rollers, before he was allowed to see “the light of Woodcraft.”

The Modern Woodmen took such rites to new levels. They’d challenge recruits to put their hands in (fake) molten lead. Others were subjected to spanking machines and collapsing chairs. The Ferris Wheel Coaster Goat, patented and sold by a company co-owned by Modern Woodman member Ed DeMoulin, would flip the unsuspecting rider upside down and fire blanks from its rear.

What did a slapstick goat gag have to do with selling insurance? Everything. Besides reminding recruits that death was always at the door, the Woodmen “had to come up with all kinds of gimmicks to get people to join,” Lettelier explained. “When an initiate had to ‘ride the goat,’ everybody else would sit around the lodge room and have a big belly laugh. … If you ‘rode the goat,’ then you were in with the clique. Then that new member would bring in his buddies so the Woodmen could prank them. What it did was help build their insurance company.”

A Woodmen of the World gathering in 1911 in Mineral Wells, Texas. (Courtesy of the Webb Collection/University of Texas Press)

Thanks to pranks like these—soon adopted by other societies—fraternal-order membership reached its peak or “golden age” in the United States between 1890 and 1930, with as many as one-third of American men belonging to at least one secret society. While that’s impressive, it still means about two-thirds of American families did without such a safety net. 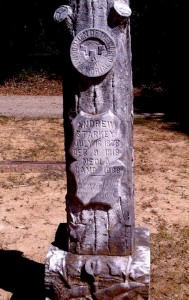 The Great Depression killed the fraternal insurance business in two ways. First, many men were unable to make their payments. Secondly, FDR’s New Deal created Social Security in 1935, filling the need aid societies once met. Radio, movies, and TV supplied the entertainment that the orders once provided. Woodmen of the World embraced these new media in Omaha, establishing a radio channel and a TV station—which launched the career of a local comedian named Johnny Carson—before both were sold to Meredith Corporation in 1958.

“We still have an active Woodmen of the World lodge here in Waxahachie, Texas,” Webb says. “I’ve talked to them, and they said that they no longer do the different degrees. They meet once a month for a little banquet where they discuss their insurance premiums.” The goats, the costumes, and the rituals are long gone. 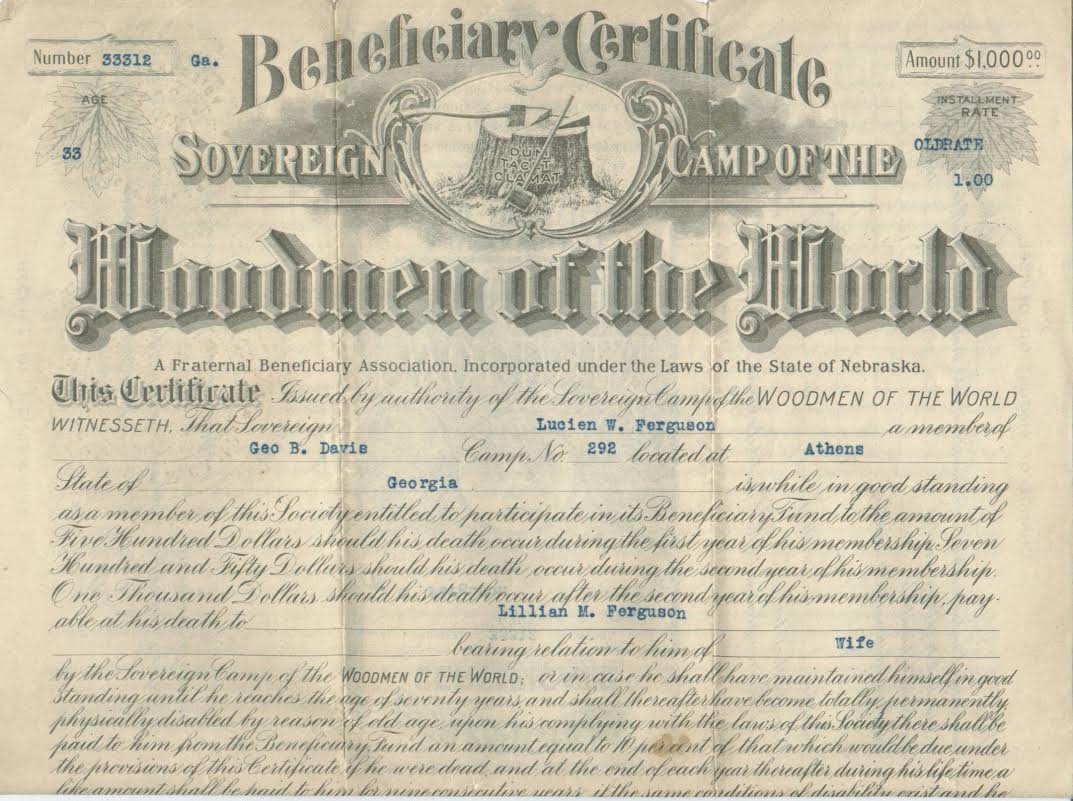 A detail from a 1917 Woodmen of the World beneficiary certificate. Click on the image to see a larger version. (Courtesy of the Phoenixmasonry Museum)

(Lisa Hix is the Associate Editor at Collectors Weekly. This story was written for What It Means to Be American, a project of the Smithsonian and Zócalo Public Square. It was originally published on  March 22, 2016. Primary editor: Lisa Margonelli. Secondary editor: Jia-Rui Cook.  To learn more about the Woodmen and other fraternal beneficiary societies, pick up the book “As Above, So Below: Art of the American Fraternal Society, 1850-1930” by Lynne Adele and Bruce Lee Webb or visit the Phoenixmasonry Masonic Museum and Library online.)

Decoding Secret Societies: What Are All Those Old Boys' Clubs Hiding? 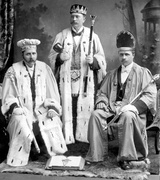 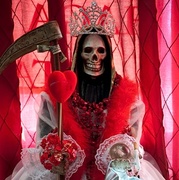 Learning to Love Death: New Museum Takes a Walk on the Shadow SideFemale Spies and Gender-Bending Soldiers Changed the Course of the Civil War 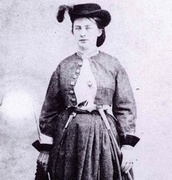 Fraternal MedalsFraternal medals, which are common in the United States but less so in Euro…

Fraternal PinsFraternal orders were an integral part of American culture, even before mem…