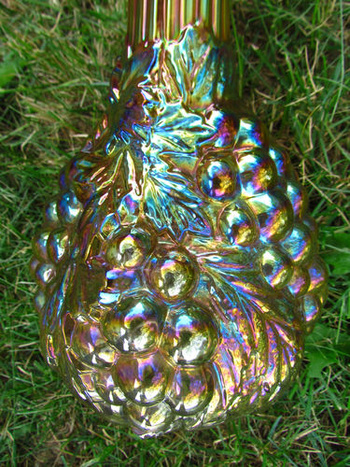 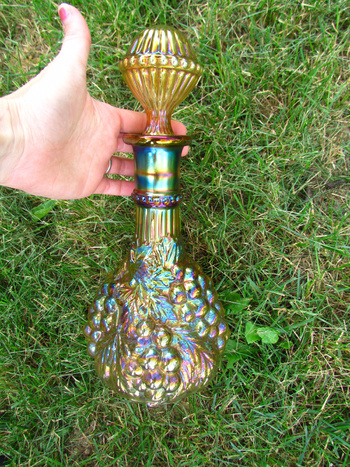 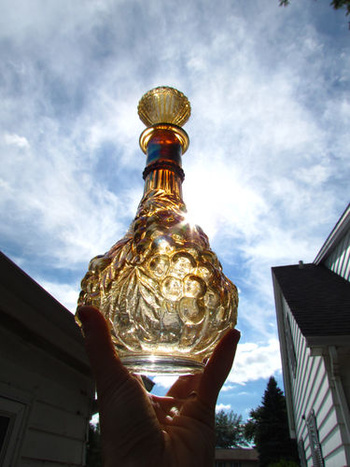 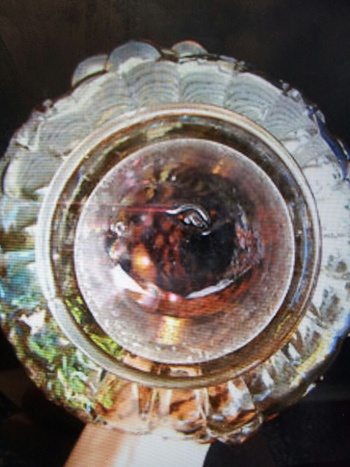 Hi there,
Just purchased this beautiful Imperial Decanter. It stands 12 1/8 inches tall with its stopper.
According to the seller, this is an old decanter, claiming to be almost 100 yrs old. I am having my doubts although still very very happy with this beautiful piece.
Can somebody please shed some light on the age of this piece ?
I do know about starred bases of decanters and pre logo & signed, but this has me stumped.
I have now read that there is some old Imperial pieces that were not star bases. I have looked at the logos for Imperial over the years and I cant seem to match it. Its not a fake.
I have 2 other Imperial decanters like this one, one is a starred base and the other is a Green Verde set which is a smooth but stippled bottom, not an old set.
Is this a later set or an old one ?
Thanks 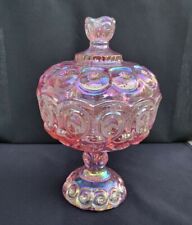 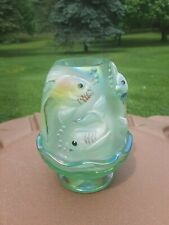