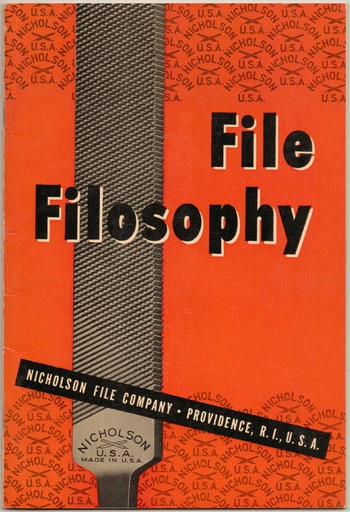 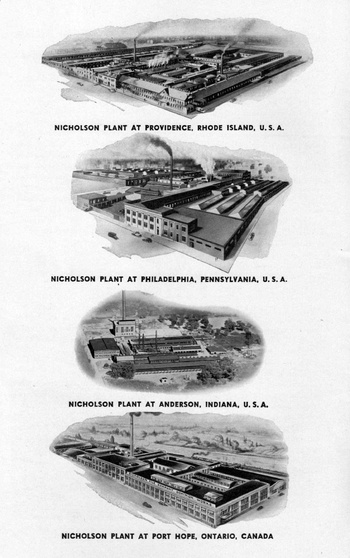 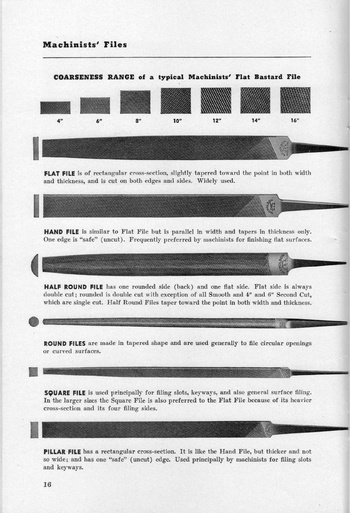 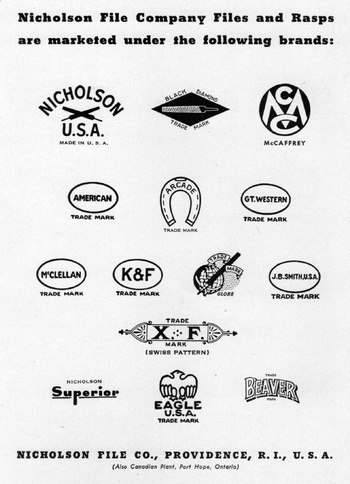 This is a 1950 Nicholson File Company catalogue and informational booklet called "File Filosophy". - The Nicholson File Company was founded in 1864 by William Thomas Nicholson in Providence, Rhode Island and had United States factories based in Providence, Rhode Island; Philadelphia, Pennsylvannia; and Anderson, Indiana. Their Canada-based plant was in Fort Hope, Ontario. I have included a scan of the four Nicholson factories. Prior to the companies founding, Nicholson had teamed up with Henry Monroe and during the Civil War supplied the Union with Springfield Rifles. Nicholson sold his interest in that company to Monroe in order to establish his own file company. Nicholson was the first manufacturer of machine-made files and the company prospered until 1972 when they were bought out by Cooper Industries, Houston, Texas. - Cooper Ind. currently still manufactures files, rasps, machetes, handsaws, & hacksaws under the Nicholson brand name and they are available at major store outlets including Sears and Home Depot.