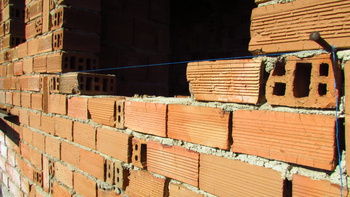 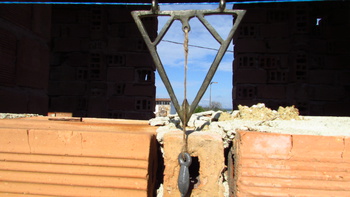 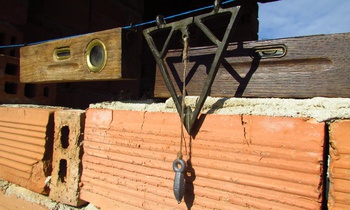 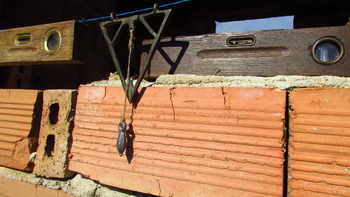 I made some experiments with this old tool...
Oldies, but goldies, it measures.
If chosen the right conditions, the level gives a pretty satisfactory results, nevertheless it is broken. I've got to admit I was wondering how it will be, having in mind the
twine sags, until I read the comment of blunderbuss2 it should be accurate only if one place it in the exact middle. This is easy to do, until we can measure the lenght of the line, so probably this was the way old bricklayers use it. You can see it on the second picture, while on the third in the middle is the bubble style line-level and the plumb bob shows visible deviation. As I found, the plumb bob has to be much heavier; This one, as you can see, is made from a 20 g fishing sinker :) .
Meanwhile, the guy, who sell me the item wrote, this was saved from the scrap. In his opinion it is most probably from the 17-18 century period of the Ottoman Empire.