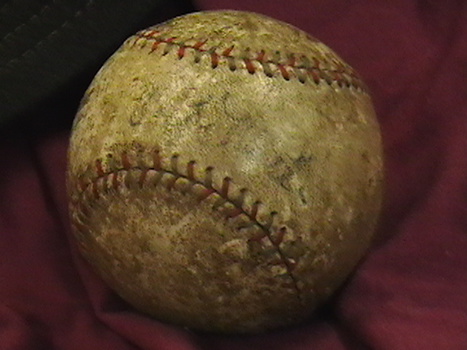 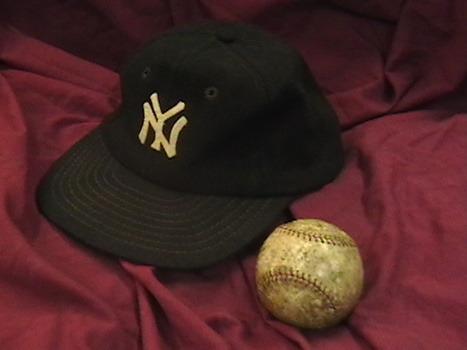 I found this ball about 25 years ago in a well known downtown Chicago coin shop.The stores main draw is ancient coins, gold, silver, Egyptian artifacts, autographs, etc. I saw the ball in the window among other baseball related items. It is far from perfect, but the autograph is legible even though it is faded. The ball is an official American League Reach baseball. The stitching is red and blue, and these colors were used on American League baseballs throughout the 1934 season.In 1935 the stitching was changed to all red. National league balls made by Spalding had red and black stitching. So by this, I know the ball is pre 1935.

I had to have this ball, and I was able to negotiate a deal with the owner. I traded him 12 bats for the ball. Most were common and decent players of the time, a couple of big stars, and some were autographed. Even though he did not really sell bats, he branched out, because the next time I walked by his store he had a few of the bats in his window.
The ball is dirty, and looks like it was used. Back then the balls were in play much longer, and so they used dirty baseballs, unlike today when they change balls very often. I'd like to think that this was one of his 714 Home Runs, retrieved by someone who later got it autographed by "The Sultan of Swat".