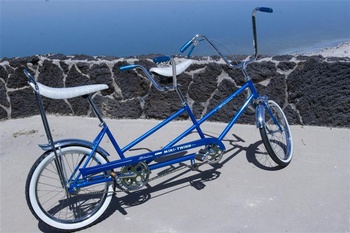 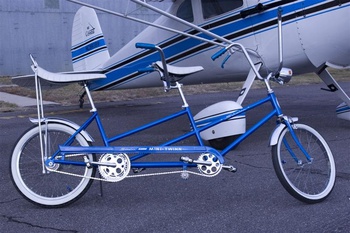 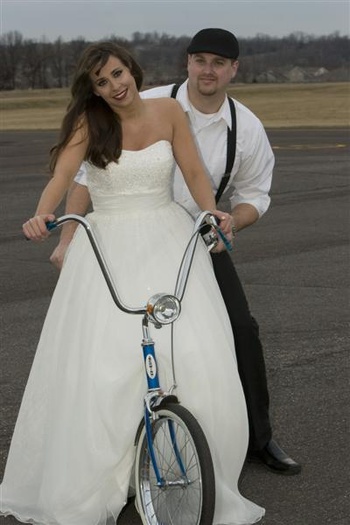 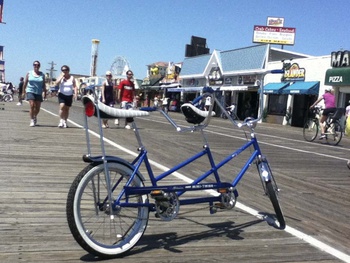 This is my 1968 Schwinn Mini Twinn. Schwinn only made these one year. They retailed very close in price to the full size tandems. Most buyers thought "more was better." I bought this from the original owner. He & his sister received it for Christmas 1968. They rode it alot... Later in life the guy had it restored to it's former glory! I was high bidder on E-Bay with the bike but did not hit the reserve. He asked me what I was going to do with the bike.... I assured him my wife and I were tandem riders (this makes 4) and that it was a keeper for me.... The first picture was taken a few hours after I bought it.
The Second and Third shots were at a magazine shoot. The Fourth shot is on the Boardwalk in Ocean City NJ.