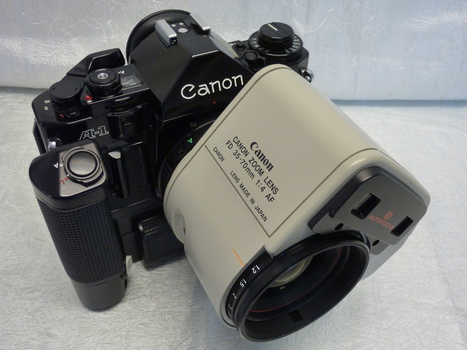 After my Chinon post I desided to dig out the A-1 and show the lens for comparison. I will add more pics of this camera later.

Canon A-1 was produced by the all familiar Canon Camera K.K. in Japan from 1978-1985 which made it a perfect candidate for the lens. Camera accessories are the motor drive MA and the dial data back A.
The star of the show is the 1981 Canon FD 35-70mm 1:4 AF zoom lens. It gets credit for being the first non-integrated AF lens and as I stated in my Chinon CE-4s posting, due to lack of information, it is difficult to tell if this is, in fact, true. Chinon's first AF lens came out at the same time, yet is not mentioned formally until the release of the second Chinon AF lens in 82. Anyway, the lenses have basically the same technology (infrared positioning) and have a similar look.

Oh, by the way, the reason I did not mention Pentax ME-F is because it used a different type of technology and it was the first production TTL AF. 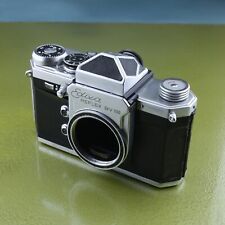 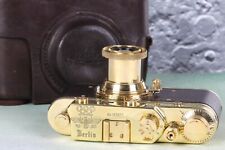