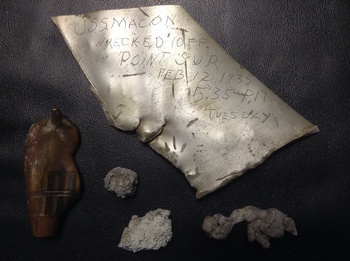 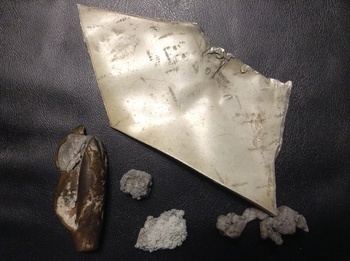 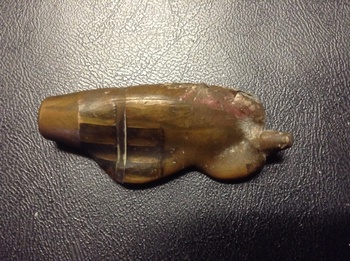 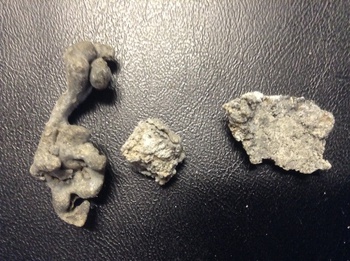 I was in storage today and ran across a box with some belongings of my late uncle. I came across a box labeled "keep". In the box were several items. One was a piece of aluminum that had scratched writing on it. It said "USS MACON WRECKED OFF POINT SUR FEB 12 1935 5:35 PM TUESDAY".
I looked up the USS MACON War Ship. It was Launched 15 October 1944. That wasn't good news.

Then I found this...
USS Macon (ZRS-5) was a rigid airship built and operated by the United States Navy for scouting and served as a "flying aircraft carrier", launching Curtiss F9C Sparrowhawk biplane fighters. In service for less than two years, in 1935 Macon was damaged in a storm and lost off California's Big Sur coast, though most of the crew were saved. The wreckage is listed as USS Macon Airship Remains on the U.S. National Register of Historic Places.
Less than 20 ft (6.1 m) shorter than Hindenburg, both the Macon and "sister ship" USS Akron (ZRS-4) were among the largest flying objects in the world in terms of length and volume. Although the hydrogen-filled Hindenburg was longer, the two sisters still hold the world record for helium-filled airships.

The other items seem to be melted metal which I'm guessing is also from the USS MACON. Then their is a bullet that looks melted. Fun find!