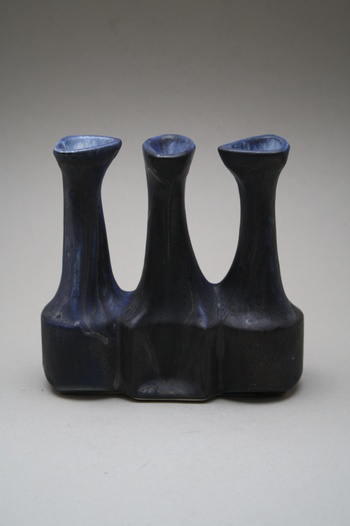 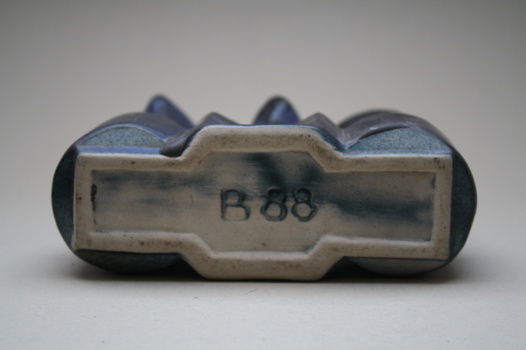 The company was founded by Louis Thijssen and René Peeters (the first two letters of their first names form LoRé).
They both used to work for St. Joris, also in Beesel.
I am an avid collector of these funky shaped Loré vases, which are designed by Matt Camps (which I believed was called Mathieu, but the Camps family pointed me out that his actual name was Matt, so sorry for all my earlier publications about him with the wrong first name ;-)).
The pottery all start with the letter "B" followed by a number.
I thought the "B" referred to Beesel, where the company was located, but people who had worked in the factory told me it was a code for a form or glaze.
Someone else (Peter Peeters) told me a while ago that all Loré vases that start with the letter 'B' are designed by Matt Camps between 1967 - 1981.
Also to be seen in "Miller's Collectables 2012 - 2013" on page 94!