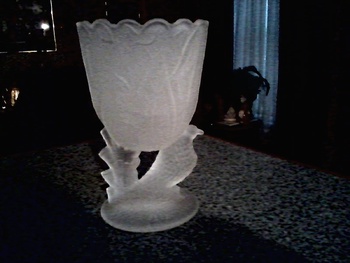 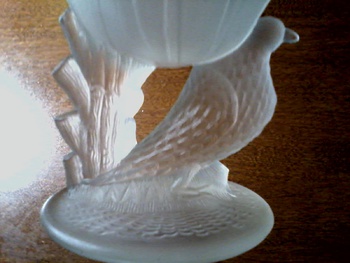 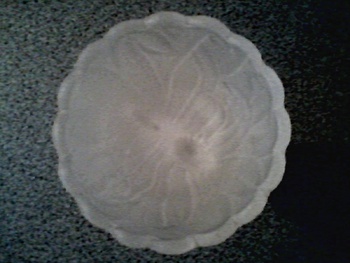 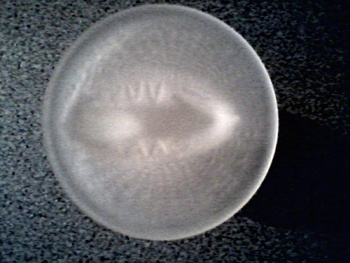 Just an odd little piece I picked up with the crystal vase. I fully expected to find an image online because it doesn't look very old... but nada ! Tried every combination of bird, vase, goblet, glass, frosted, and satin and found everything else but this. It's 6" tall in white satin glass with no marks. The bird and tree form the base and the top has a grass pattern in it. There is a seam so it was probably molded. Seems like a good quality of glass . Has a nice "ting" to it. It looks like it could be L.E. Smith. They did do a lot of satin glass birds but didn't see this one in the image galleries. -Mike-

NOTE:
Thanks to TallCakes for identifying this piece for me. It's a Guernesy Glass Co." spooner" Basically a spoon holder used as a sign of hospitality by the wealthy in Victorian times. Produced from the original mold called "Dove and Rushes". It is marked with a single "B" on the tree without any triangle, indicating that the glass was poured by Bennett prior to ca. 1978.

"The Guernsey Glass Company was started by Herold Bennett and his two brothers in 1967 where they made their own glass, then in the late 1970’s they stopped making their own glass and had items made from their molds which they sold in their showroom. They did not have any items made for a few years and were selling off items in inventory.
However in 1999 some of the family decided to rejuvenate the business and had some items made. As of 2001 molds were disposed of and acquired by others as indicated.
Marks used were "B" in Triangle or a capital"B".