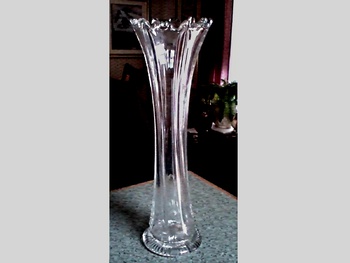 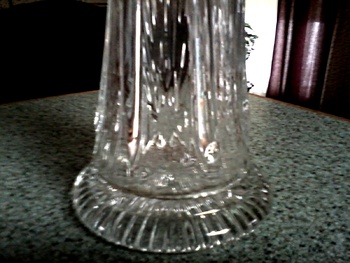 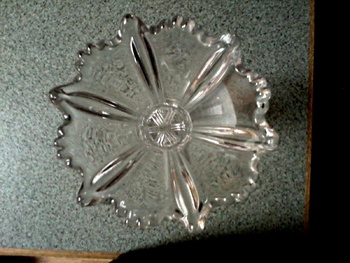 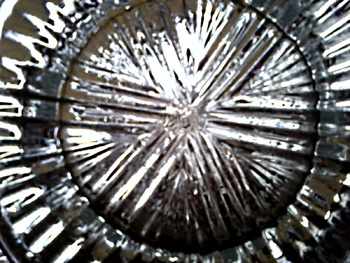 Picked this up today at GW as an after thought. I didn't see a mark at first, but when I got it home and washed it I saw something hidden in the pattern on bottom inside . It was a"bee" ! There are three letters an "H" on a wing an "I" on it's body and a "G" on the other wing. Impossible to photograph since the vase is so tall and the pattern blocks it too, but it can be seen in bright light. A quick search online and I found this was the mark for the John B. Higbee Glass Co. The 3 letter bees are the original marks for 1890 . The reproductions from the 90's have no letters, so this one is an original. The pattern it called "Delta" but is also know as a 6 paneled "Thistle" vase. The thistles are a bit hard to see and rather stylized in alternate panels. It's 13 1/2" tall. A few bubbles,and marks but a pretty cool piece for a buck forty-nine ! -Mike-