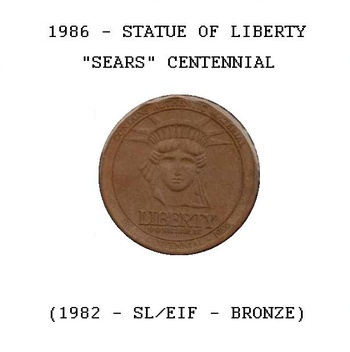 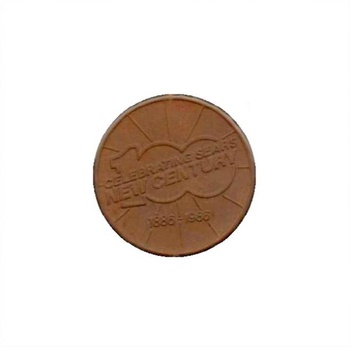 This is a Statue of Liberty token issued by the Sears, Roebuck Company as a promotional item in the 1986. - It is made from actual material from the Statue of Liberty which was removed during the restoration process and is also commemorating the second century of the Sears Roebuck Company. Compostition: bronze / 23mm in diameter / uncirculated condition
** ®©1982 SL/EIF, Inc. (Statue of Liberty / Ellis Island Foundation)
*** Sears, Roebuck & Company is an American department store chain founded in 1893 as a mail order catalog headquartered in Hoffman Estates, Illinois.
** The Statue of Liberty and Ellis Island were restored from 1982-1986 to coincide with the 100th Anniversary in 1986. - All funds were contributed from individual citizens and corporations. Although it is a National Park, no U.S. government funds were used in it's restoration, all resources used were in the form of donations.

Modern Commemorative US Coins
See all