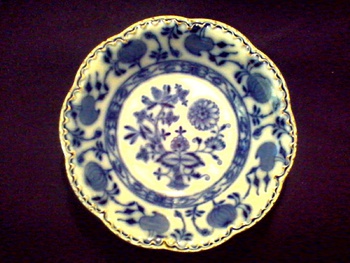 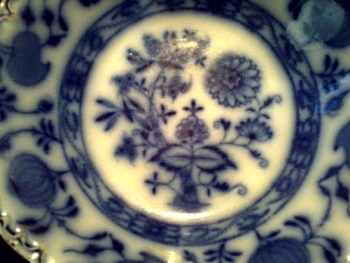 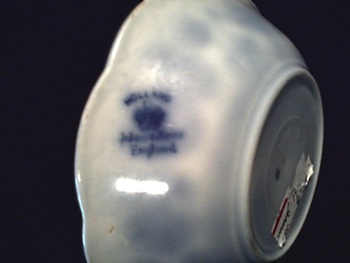 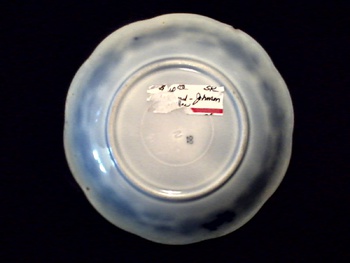 Found this "Flow Blue" bowl at our local GW this afternoon. It even has the remains of an antique store price tag. It measures 6" in diameter. It's stamped with Holland "Crown Mark" Johnson Bros-England". The soft blurry (flow) blue "Holland" pattern is almost the same pattern as Meissen's "Blue Onion". Some minor nicks to the back edge but nothing serious. This piece dates from 1900-1905. -Mike-

In 1883 two brothers, Alfred and Frederick Johnson, purchased a defunct pottery known as Charles Street Works in Hanley, England. By the end of the 1890's Johnson Bros was one of the largest earthenware manufactures in the world. The "Holland" Flow Blue China pattern, circa 1900-1905, is almost an exact match to the blue onion pattern produced by Meissen and other companies during the same period. They have an embossed scallop around the rim.