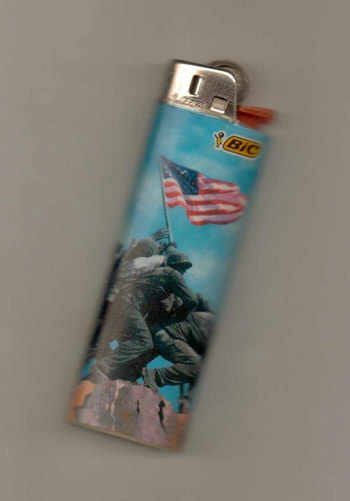 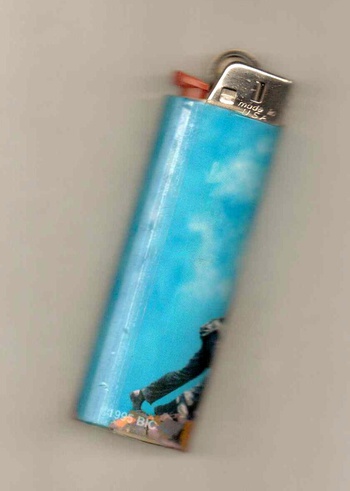 - (1995) issue BIC brand disposable cigarette lighter / used - empty
- "Marine Corps War Memorial" wrap-label - Made in the U.S.A.
- The Marine Corps War Memorial is a United States military monument outside the walls of Arlington National Cemetery, Arlington, Virginia.
The memorial is dedicated to all personnel of the United States Marine Corps who have died in the defense of the United States since 1775.
The memorial features the statues of the six servicemen who raised the second U.S. flag on Mount Suribachi during the Battle of Iwo Jima in World War II on February 23, 1945.
The official dedication of the memorial by President Dwight D. Eisenhower occurred on November 10, 1954, the 179th anniversary of the Marine Corps.