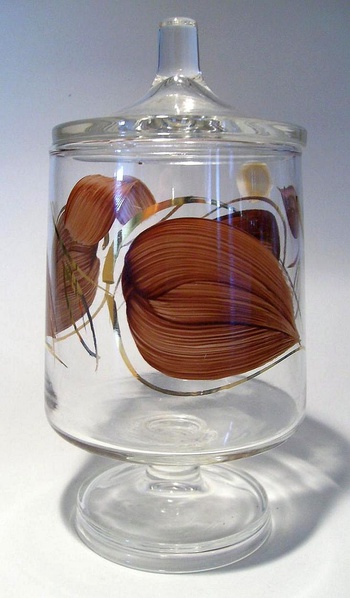 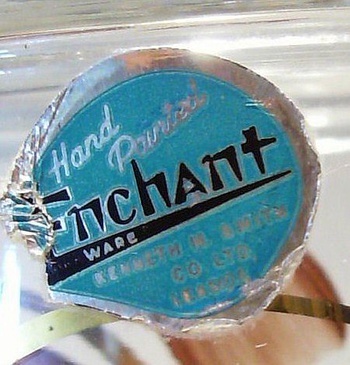 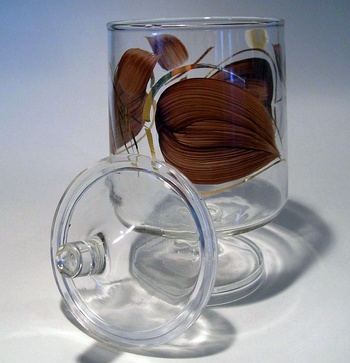 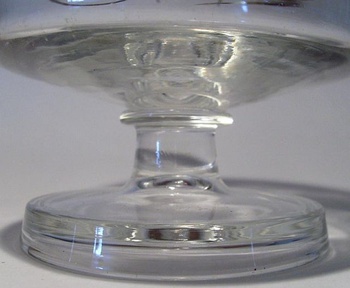 Retro/Eames period (IMHO) by the looks of it. Hand-painted (as stated on the label) and has Gold streaks on it around the leaves. There is a foil label in the colors of Silver and Teal Blue which says:

"Enchant Ware" trademark was filed October 25, 1960, and registered August 8, 1961. It was then inactivated in July 1994. The registration was for "table glassware, and glass tumblers in carriers". First use was reported as at least as early as June 25, 1959. Hard to find with labels as seems many were washed off (??)

Trivia NOTE: Ian Tyson was employed by Kenneth M. Smith Co. to "design peanut butter jars and all that stuff..." before his singing career with Sylvia Fricker took off. Kinda neat to know that.

"Anchor Hocking" was one supplier that provided wares to be decorated but not sure IF this was an exclusive arrangement or not.