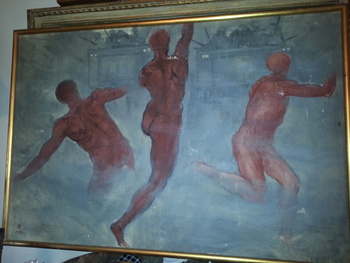 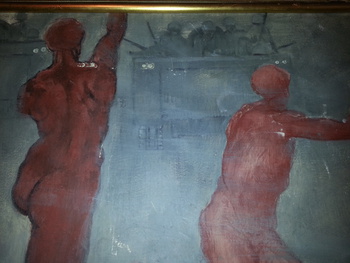 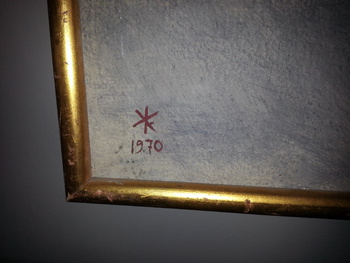 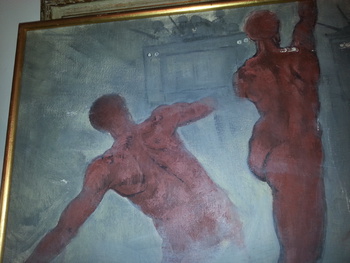 This is an original painting on canvas of the 1970's incident that changed the course of history in America, the Kent State Shooting.
Painted by Krister Follin, born 1936 in Sweden; this mixed media image was painted in 1970 after the National Guard opened fire on the Kent State Campus on May 4, 1970.
On May 4, 1970 the Ohio State National Guards open fire on the Kent State College Campus to maintain order during the student protest against the war in Vietnam.
For a still unknown reason, the National Guard suddenly fired upon the already dispersing crowd of student prosters, killing four and wounding nine others.
Afterwards, President Nixon promised peace in Vietnam.