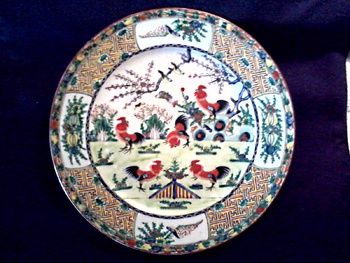 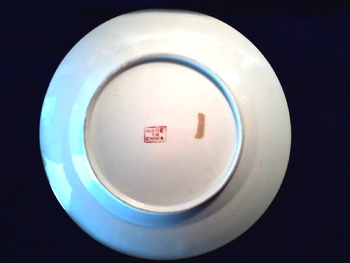 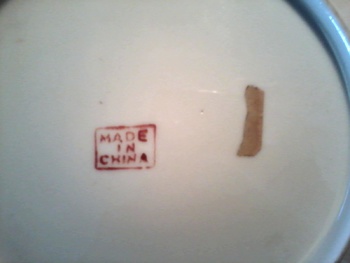 I haven't been finding much worth posting. Seems we're in the garage sale doldrums where there are very few donations to the thrifts. I found some great video games but that's it. I was asked by the production manager at Salvation Army to look at this plate to see what they should price it at. I said," It's newer maybe fifty years old at the most". She asked me if I wanted it for cheap. I said sure, seeing as it was better than nothing. I do like it though. It's marked "Made in China" which dates it to after WWII or later. The "made in China" mark replaced the use of just "China" in 1919. Gotheborg says this particular stamp is most likely from 1960. They've been compiling data on newer marks from Late Qing (1875-1916) to the present. It's a great site and helped me ID a lot of my pieces. -Mike-

The Rooster's Symbolism
The tenth of the twelve signs of the Chinese zodiac, the Rooster is a Chinese symbol of honesty, as well as physical and moral fortitude. It is of the yang attribute and signifies fortune, luck, fidelity, protection as well as bossiness.