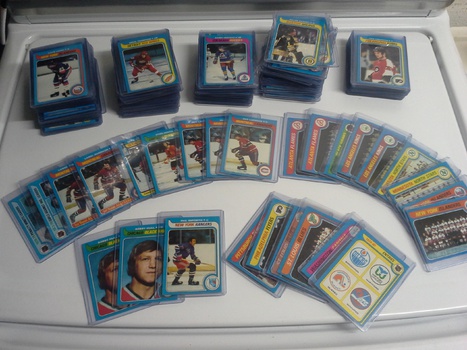 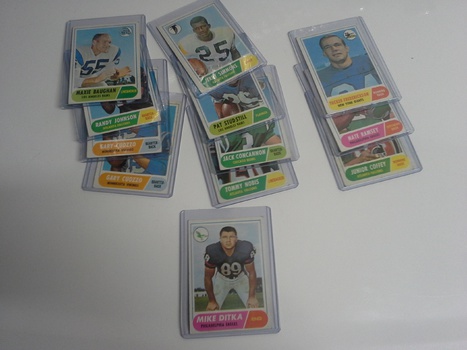 Here are a few pictures from last night's trash collection. I walk my dog late on Wednesday nights in my neighborhood to see what people put out. Having been a card collector my whole life; these were easy to spot on someone's pile. This neighbor is moving after 49 years in their house with grown children that don't want anything. The cards pictured are

There were not too many (about 150) and a few of the football cards were a little rough. There were some stars and Hall of Famers in the lot. I was hoping to find the 1979-80 Gretzky rookie in the lot, but no such luck. Still a nice find.

Whenever, someone asks me if I got anything good then I always replied the same. "They are all good." I tried to teach my son and nephews the same thing about collecting but it doesn't seem to sink in. They only want the rare card or figure or whatever. I appreciate them all.