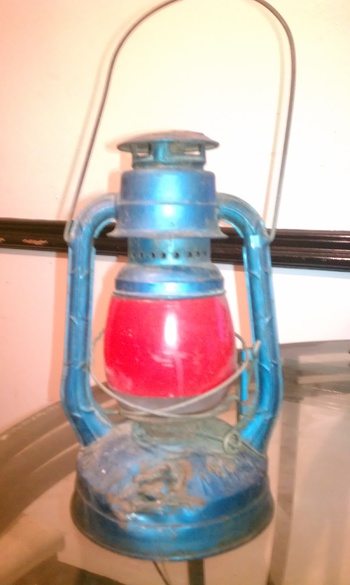 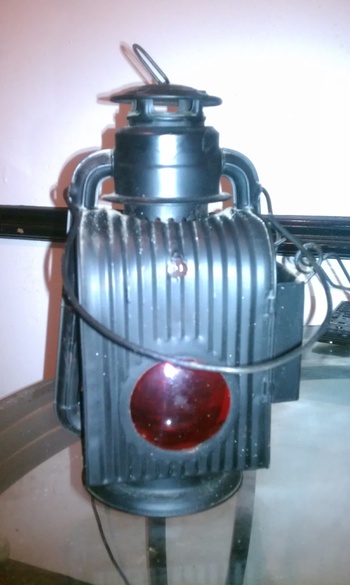 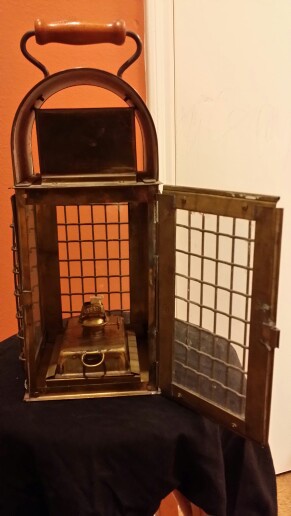 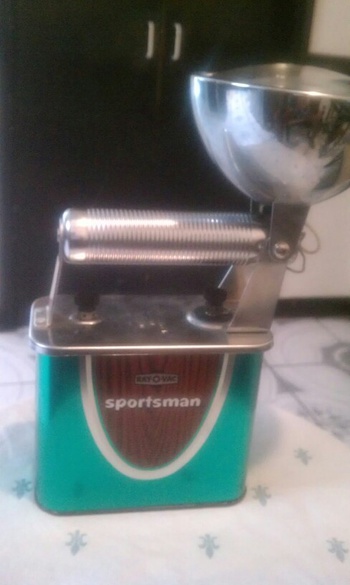 Old Oil Lanterns, then one battery. Can you name these lanterns and year they were made?

An oil lamp is an object used to produce light continuously for a period of time using an oil-based fuel source. The use of oil lamps began thousands of years ago and is continued to this day, although not commonly anymore. Often associated with stories about genies, rubbing the lamp in which a genie would live was said to summon it.
Oil lamps are a form of lighting, and were used as an alternative to candles before the use of electric lights. Starting in 1780 the Argand lamp quickly replaced other oil lamps still in their basic ancient form. These were, in turn, replaced by the kerosene lamp in about 1850. In small towns and rural areas these continued in use well into the 20th century, until such areas were finally electrified, and light bulbs could be used for lighting.