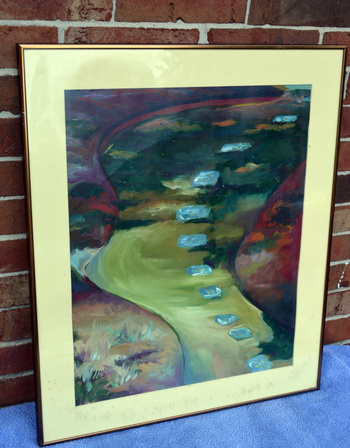 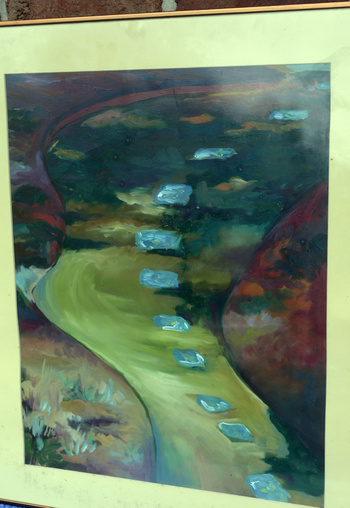 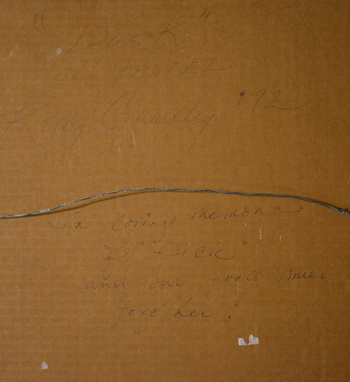 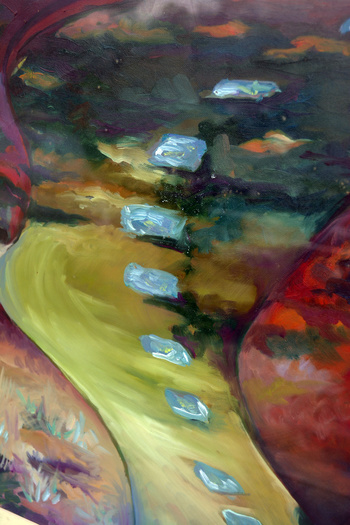 Artist-Kelly Gravely Mattox
20x24 Includes Frame
I found this painting in a local thrift store for $5.25 plus tax
On the back it states:
"Dusk" oil pastel
Kelly Gravely '92
In loving memory of "Dick" and our good times together"
Dick must have been someone special to her. I have tried to reach her via Facebook and through Memorial Bridge Marketplace (Black Dog Salvage)...I will give her this painting back ...but no response from her yet.
Here is some online info I found on her.
Commissions:
Bank of the James, “The Courthouse”, Boonsboro branch, Lynchburg VA
“Hans Hill” portrait for Meg Suhling McCann 2004
“Will and 6 French Bulldogs” portrait for Lissa Cresson 2005
House portrait for Rene Larson 2004
Anne Spencer Historic Foundation in Lynchburg, VA - 2005
Jett Hall for Virginia Episcopal School, Lynchburg VA - 2007