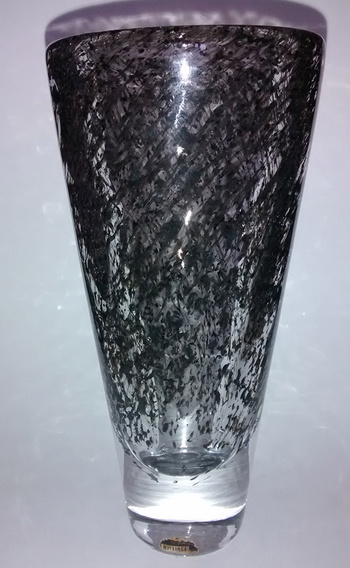 Bengt Orup(1916-1996) vase for Hyllinge Glasbruk (1962-1978) Orup spent just a couple years at Hyllinge from 1963-1966 after his first stint at Johansfors (from 1952-1962 and second stint 1967-1973). This vase was designed in 1964 it was produced by adding fine powdered iron slag to the glass. Because of the metal inclusions the cinder range had a tendency to crack during annealing process and therefore was rather expensive to purchase.
Orup also worked in Linocuts, painting and drawing from 1932, after he gave up working in glass in the 1970's his artistic output increased and continued to do so up until a couple of years before his death.