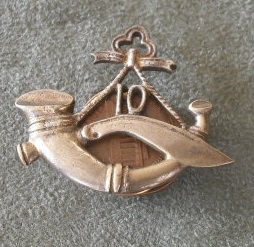 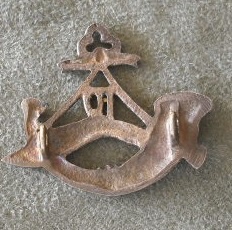 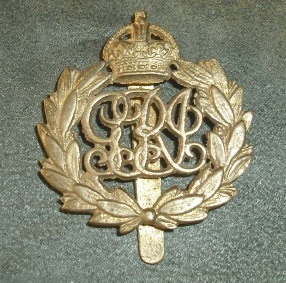 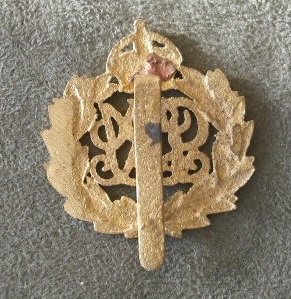 This week I’m posting British Empire Badges from the Subcontinent. As is common with cap badges from South Asia, these are cast rather than die-struck.

The Gurkhas from Nepal are one of those few military formations I can call “legendary” without exaggerating. It’s hard to separate truth from fiction. After being greatly outnumbered by the British and still fighting them to a draw, Gurkhas began being recruited by the British in 1815. Soon they gained a world-wide reputation for fierceness and fearlessness. Even after India became independent, the British Army continued to employ regiments of Gurkhas. As you can see in this article, they haven’t lost their panache:

Although I usually collect on WWI, I’m fairly certain the Gurkha badge does not go back that far, and may actually be from a British officer assigned to the Gurkha regiment. This badge is from the 10th regiment of Gurkhas, one of the regiments that were transferred to the British upon India’s independence in 1947. In 1949 they became Princess Mary’s Own Gurkha Rifles. The badge displays the traditional horn of the light infantry, and the kukri, the traditional fighting blade of the Gurkhas, still used to this day.

The second badge is a General Service badge for the Indian Army. Many Indian regiments wore this badge or a similar GRI cypher in place of a regimental badge, and wore their regiment on their shoulder titles. GRI stands for “Georgius Rex Imperator”, or George, King and Emperor. It’s a title seen frequently in connection with British India, and one that ceased to be used by Britain when India became independent.