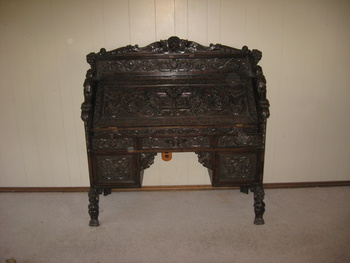 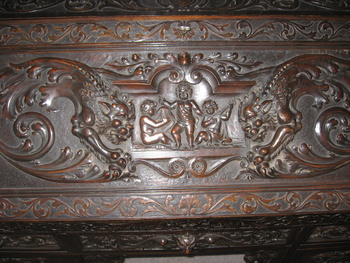 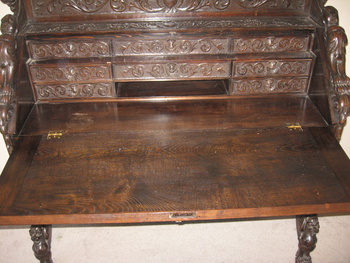 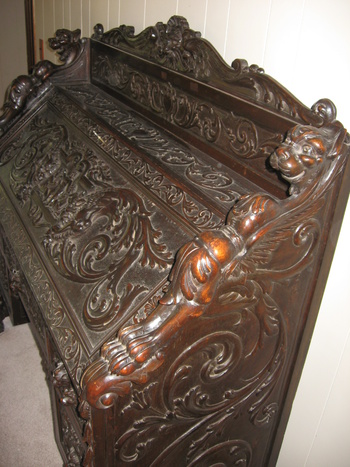 I picked this up at an estate sale where the people selling it didn't know anything about it. once I got home I tried finding information about it, and the closest thing I could find was someone selling a desk on ebay that looking exactly like it, that they claimed was made by a Michelangelo Guggenheim, after that the only people that I could find that knew anything about Michelangelo Guggenheim was a museum in France, but they claimed that it wasn't one of his pieces because Guggenheim didn't work with oak. They suggested that it might be a Finnish piece because the Finnish like to work with oak alot, they also suggested that it looked to be from around the 1880's. I couldn't find out anything after that. There is no makers mark anywhere on the desk. It is 53 1/2" tall, 52" wide, and 19 5/8" deep. It also appears to be made of oak. If anyone can give me a hand in identifying it I would greatly appreciate it.