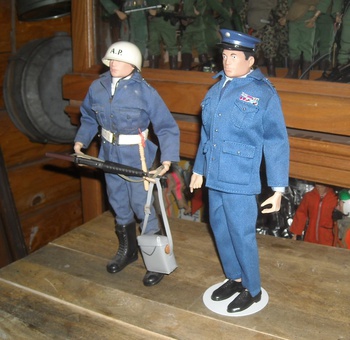 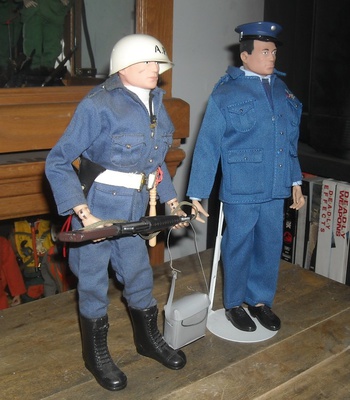 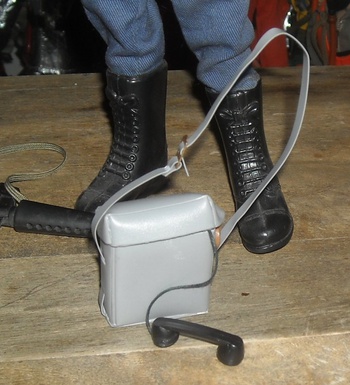 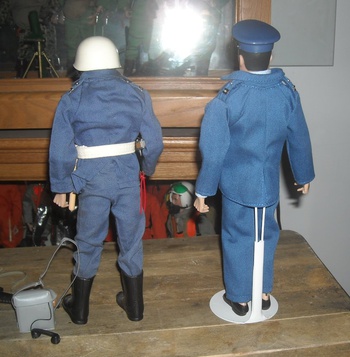 The Air Police set did not come with much. A helmet, field telephone, and an M1 Carbine and bayonet. I gave him an M16 instead as it seemed as it seemed more appropriate for mid 1960s. The set was sold from 1965-67. The uniform is a dress uniform with a custom white dickey. The belt, pistol, holster, and baton are from the Army MP set.
The other figure is a 40th Anniversary Dress Uniform set. Sadly it is missing the pilot wings which I fear got vacuumed. Always a danger to a toy collector. I have the original pieces but they are not quite in as nice of condition and a dress uniform should look sharp.
The Action Pilot was a captain making him the only officer of the 1960s GI Joes.