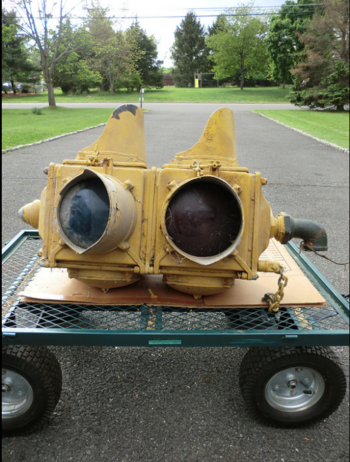 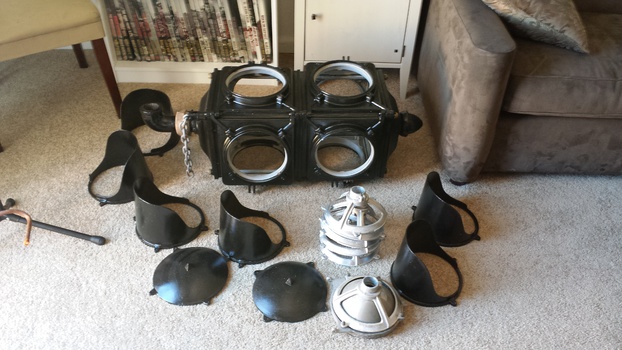 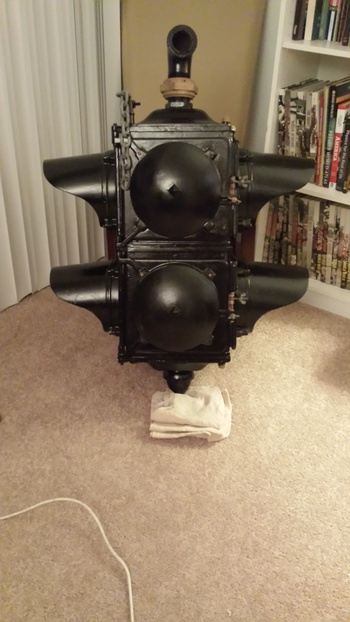 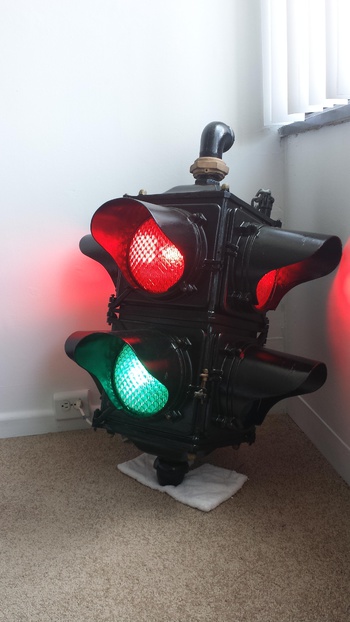 New York City's first fully automatic traffic lights had only red and green indications. The amber light was not introduced in New York until the early 50s, and it took more than 40 years to upgrade all the signals. This 3-directional signal was mounted overhead (note the pipe elbow at top) on Merrick Boulevard in Laurelton, Queens, NYC, according to the guy who sold it to me. As the seller's story goes, the foreman of the crew changing the signals gave it to him on the spot, and the light stayed with him for the next 35 years, but he never got around to restoring it.

There are no manufacturer names stamped on this signal, but it is a model that was originally produced by Horni Signal Mfg. Co. in the late 20s, then Ruleta Company during the 30s. This unmarked light might have been made by Marbelite Co. in the 40s, but that's just a guess.

The original wiring in this light is plastic insulated, not cloth, so that lends to the theory that this likely is a later (i.e., 1940s) example of this signal.

It was originally painted black, then repainted yellow in the 60s when NYC made yellow the standard color for all traffic signals. I had all the paint stripped off, then repainted it in black to look like the original.