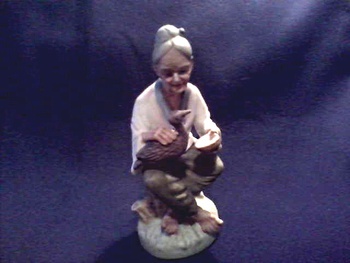 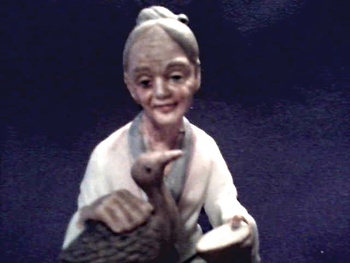 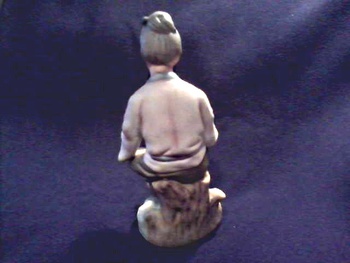 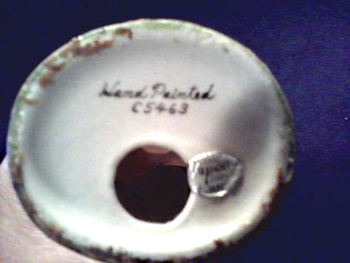 My mom used to have a few of these Asian figures but they have long since disappeared. I picked this one up at Salvation a few months ago. Sort of a nostalgia thing for me. A nicely painted and detailed bisque ceramic of an Asian farmer's wife feeding her duck. There would have been a pair with her husband holding a smaller song bird. Napco, also known as National Potteries corporation started in 1939 in Cleveland, Ohio. Napco started as a manufacturer of floral containers but later concentrated on importing glassware, pottery, and ceramic items from Japan. Japanese ceramic imports peaked from 1956 to the early 1960s. This figurine seems to be an early one because of it's quality. Later versions were called "Napcoware" and were of lesser quality ceramic with horrible painting and modeling. -Mike-