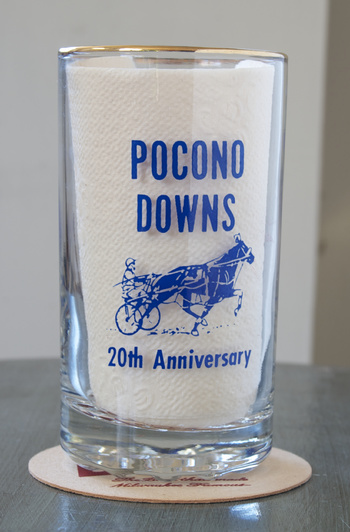 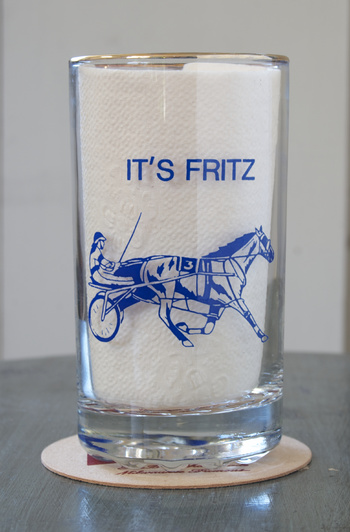 The glass is five inches tall, and has a hob nailed bottom. Its reverse features It's Fritz, a pretty good harness horse in his time. There were other horses featured on similar glasses during the 20th Anniversary season.

Pocono Downs is now owned by Mohegan Sun, which has increased the purses and consequently the quality of racing at Pocono.