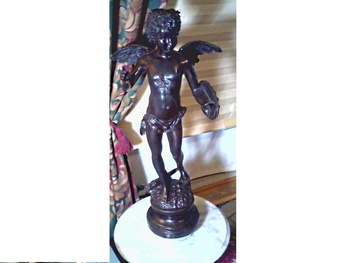 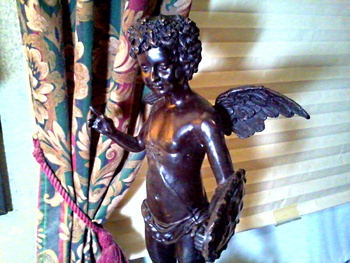 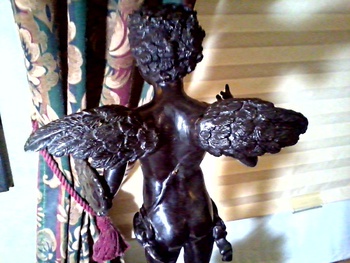 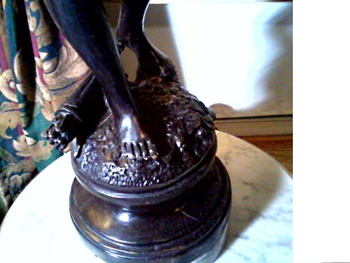 In observance of "St. Valentine's Day" Here's my Cupid/Eros bronze making his third annual Valentine's Day appearance . Can't believe it's been three years already since I found him at Goodwill. It appears to be based on Auguste Moreau's cupid sculpture titled "Love". He stands 24" tall 9" across the arm span and made of solid bronze that weighs in at a hefty 20 lbs. It has a dark patina with some gold tones showing through, so I'm fairly sure it is bronze. He's missing the bow from his back (broken off a some point) so he won't be causing any mischief, but still carries his "love shield" to protect himself from rebounds. One of my prize finds from three Summers ago and way over budget. He's since gotten a better home on a marble and gilt pedestal which I found just this past Summer. There are no foundry or artist's marks so I still know nothing about him or where he was made. Happy Valentine's Day Everyone ! -Mike-