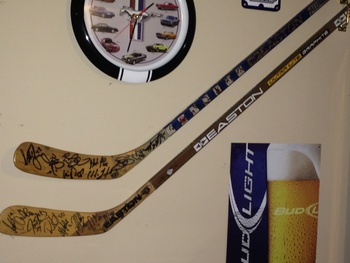 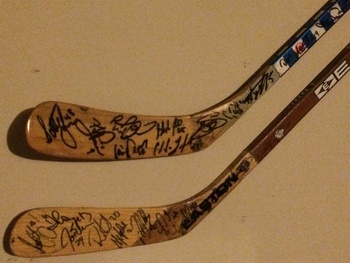 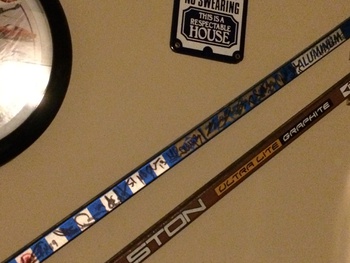 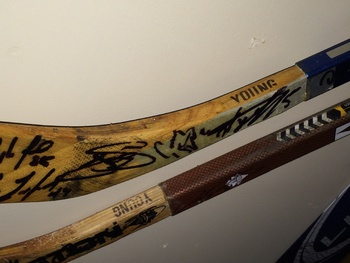 For all of you hockey nuts out there, these are game used sticks by Scott Young. The blue aluminum (which by the way were the coolest things when they came out) is signed by the 1994-1995 Quebec Nordiques (their last season as a franchise). The brown graphite is signed by the 1995-1996 Colorado Avalanche (first year after the move from Quebec and a Stanley Cup win). My Dad is good friends with Scott and he gave me when we went to see them play each of these years after the games in the locker room. Such a cool experience for a 7 year old! 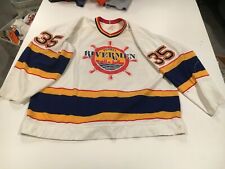 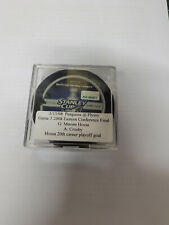 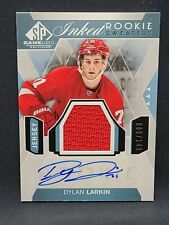 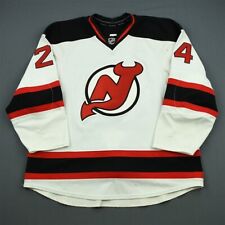