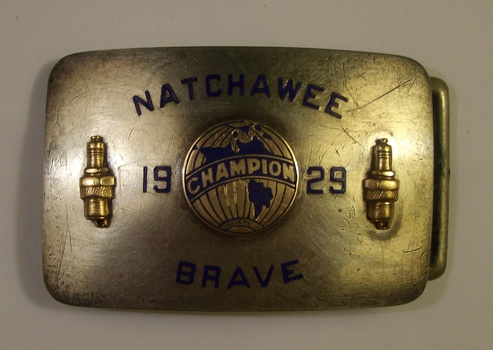 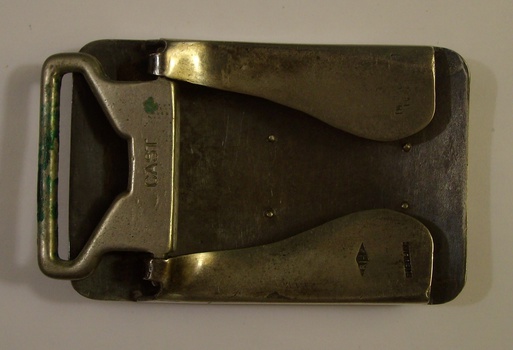 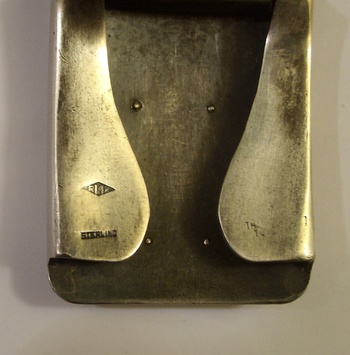 Before my grandfather opened "Fine's Dept. Store" he was a traveling salesman, calling on car dealerships and large repair gas stations selling spark plugs. This is an award he won for selling more Champion spark plugs than any other Champion salesman for the year 1929. The buckle is sterling (except the part the actual belt hooks to, labeled "cast") and the little spark plugs and the center Champion logo is solid 14k gold. He won other awards before and after but this was kinda neat because he did this in the middle of the worst economic year for America ever. And once the great depression took hold, he won the award for the following year of 1930 which was even more difficult. For that he won a platinum watch which I will post. You go Granddaddy. The money he made from his several years doing this for Champion enabled him to purchase and open the Fine's Dept. Store several years later.