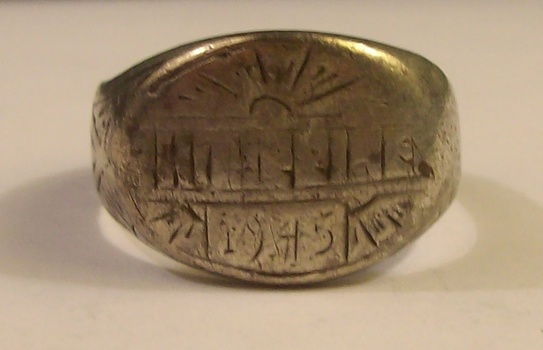 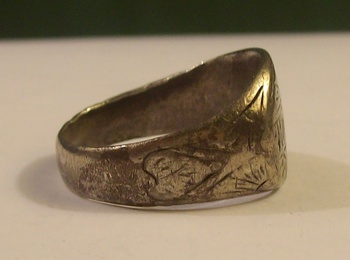 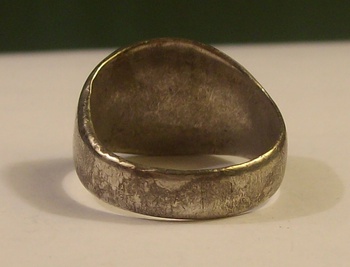 My dad served in the Army in the Philippines under General Douglas MacArthur in world war two in the fight against the Japanese. He was there when they were run out of that country and was actually captured and was part of the Bataan Death March. He almost died from jaundice and went from almost 200 pounds down to eighty something. The surviving prisoners were liberated, then nursed back to health and he then continued the fight, was wounded and saw action on just about every island including Iwo Jima. He was in the engineers and fortunately not a mud dog going in during 1st waves in the landing crafts. But he and his fellow engineers were always the 2nd ones in on the beach. Seeing footage of what those guys went through in the Pacific was something else. And the kicker was, most of them like my dad were only 20-21 years old. Some of these guys didn't shave but once or twice a week. Anyway this was a ring he got over there when the Philippines were finally taken for good by the American Army, Navy & marines. And not to leave out the Army Air Corp as well. he gave it to me while he was still alive and it is a ring I never saw him wear. All the ring says is "Philippines" and "1945". I have some pics of him wearing this ring with his Philippine guerrilla friends, armed to the hilt. Boy oh boy did they look like some bad hombres.