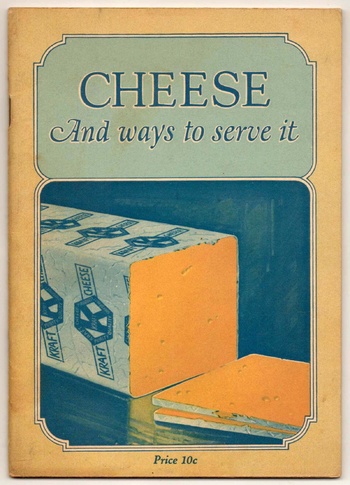 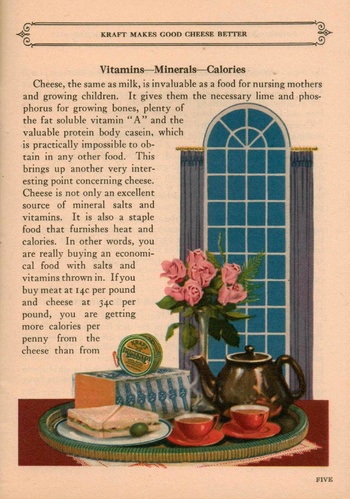 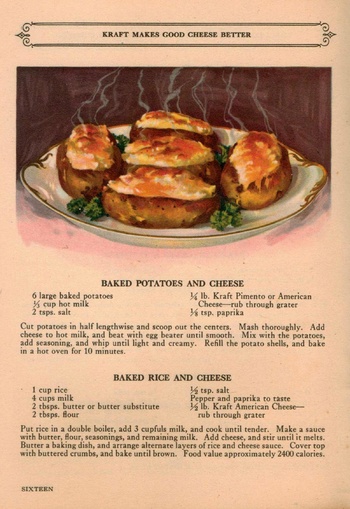 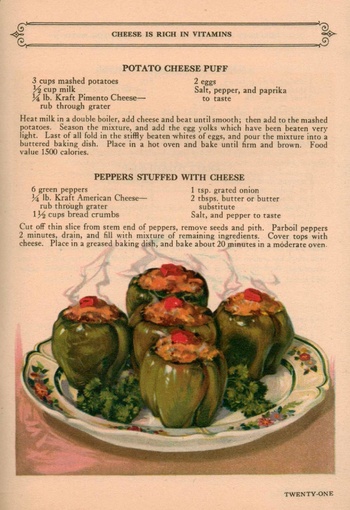 This is a circa late-teens, early-1920's Kraft Cheese Recipes booklet titled "Cheese And Ways To Serve It" published by the J.L. Kraft & Bros. Co. and printed by the Walton & Spencer Company, Chicago, Illinois.
- paperback booklet / 32 pages / color illustrations / (circa 1914-1922)
** James Lewis (J.L.) Kraft was a Canadian-American entrepreneur and inventor of German origin. Kraft was the first to patent processed cheese. In Chicago in 1903, he began selling cheese from a horse-drawn wagon. Four of his brothers joined the company in 1909. - Incorporated in 1914, J.L. Kraft & Bros. Company, opened its first cheese manufacturing plant in Stockton, Illinois. - Kraft developed a revolutionary process, patented in 1916, for pasteurizing cheese so that it would resist spoiling and could be shipped long distances. Kraft saw a large increase in business during World War I when the United States government provided cheese in tins to their armed forces. In 1928, Kraft acquired the Phenix Corporation (makers of the Philadelphia Brand Creamed Cheese) and became Kraft-Phenix Corporation. The company introduced Velveeta in 1928 and Miracle Whip in 1933 at the Century of Progress World's Fair.