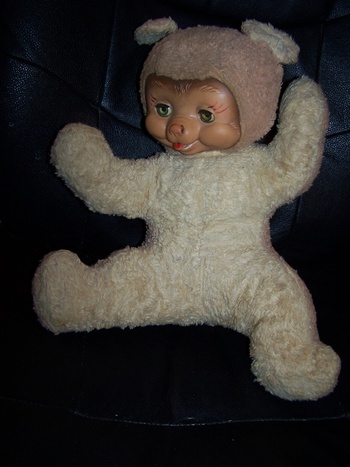 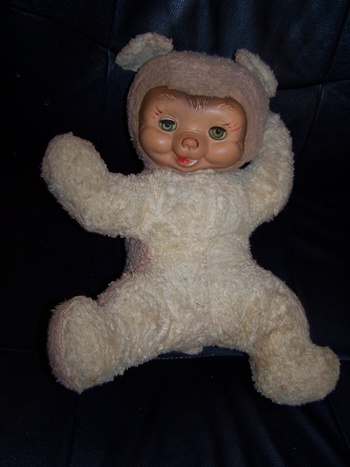 I received him when I was 6 months old. Still cherish him! Have a picture of that christmas of the two of us sitting in a chair together. I was not that much bigger than him. His eyes open and close with eyelashes. I slept with him for years. Algy was stuffed with new non-allergenic material. It looked like sawdust to me. It slowly leaked out by his tail and was stitched close. I assume that is where the tag was. I restuffed him with fiberfill and discovered his one arm was up and one leg was down. Never realized this as he had been limp for decades. Does anyone know any information on who made him or who sold him? He was purchased in Iowa.