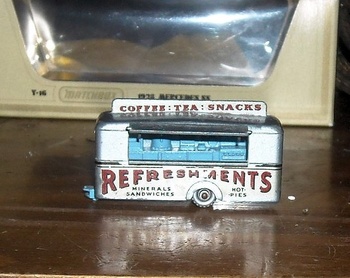 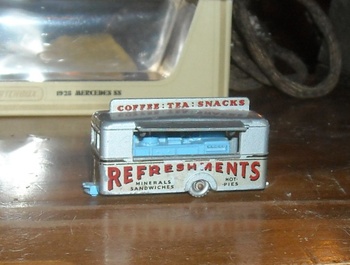 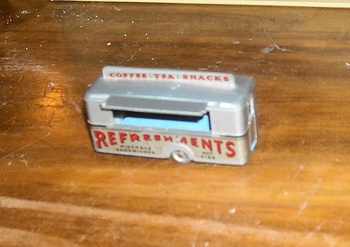 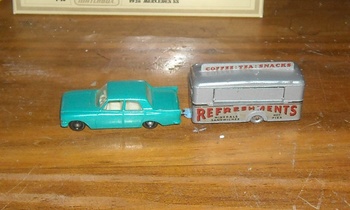 This model was first released in 1959 and was in the catalog through 1965. It was #74 in the catalog and the first of the 74s thus it is the 74A.
It has detailed interior of sorts as the main window opens I forgot to take a photo of the backside but it is just two small windows at the end.
At the the end the day you close the big window and tow it away.