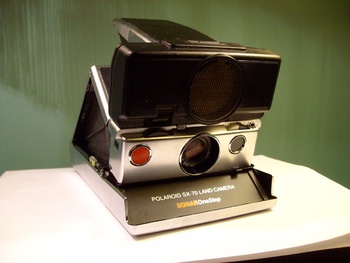 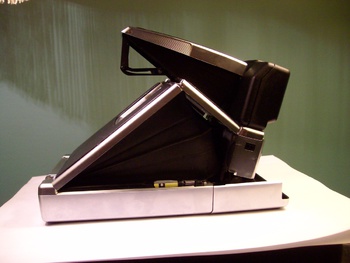 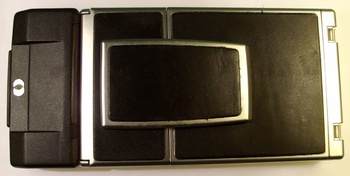 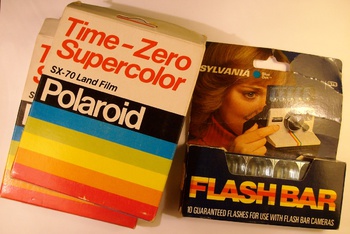 Polaroid land cameras were the start of the high tech age. Here is one SX-70 Sonar model that's in perfect condition and has a couple packs of film along with a 10-pack of flash bulbs. Kinda a cool piece from being first produced in 1972 and then this later model with the "auto focus" coming in later in the late 1970's. I'm pretty sure I'm right on those dates but could be off a bit. I'm tempted to load a pack of film and see if the thing works. It looks as if it was hardly used. Only drawback is that it has no case. When I found it, it was in a "Crown Royal" purple sack. And when I found it, I won't say which item I would have wished to be inside. Naw, just kidding. I don't even drink. But seriously when I found it, I had no idea what was in the sack 'til I opened it up. It was in a pile of items that were being tossed. At the time the person that owned it had three piles of belongings. One was to keep, one was to donate and one was garbage. What's that old saying? One mans trash is another mans treasure. Sure was so in this case.