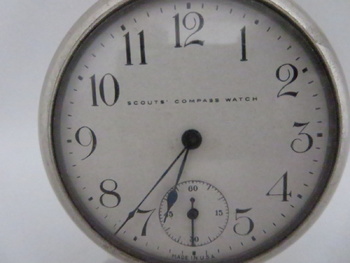 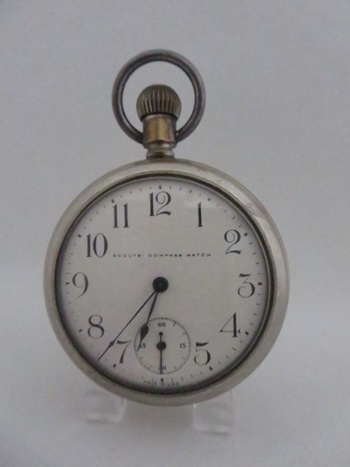 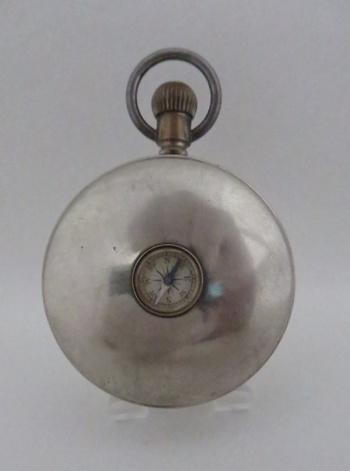 This is a "not so common", SCOUTS' COMPASS WATCH made by the Ansonia Clock Co. that I have not found listed in any of the books I have, but have seen a couple other ones like this.
The movement is not marked, but is similar to the Ansonia movements, plate 2 illustrations in the book, The Watch That Made The Dollar Famous, by George E. Townsend. The plate 2 illustration has the movement marked:
MFG. BY THE ANSONIA CLOCK CO.
NEW YORK, U. S. OF AMERICA
PAT. APRIL 17, 1888. The winding wheel is completely covered in the illustration also.

The back cover has a small compass set in the center and soldered on the inside of the cover.

The Boy Scouts Of America was incorporated on February 8, 1910, so my best guess is that this watch was made in the teens to early 20's.