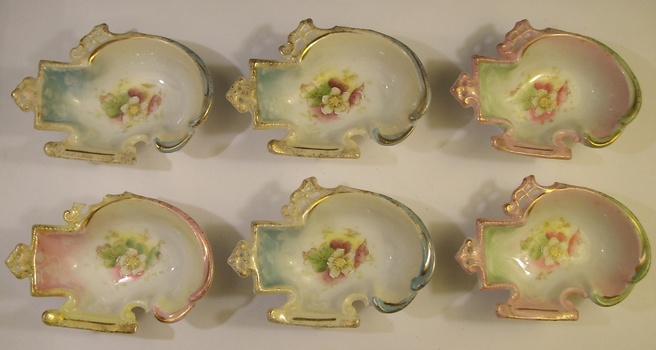 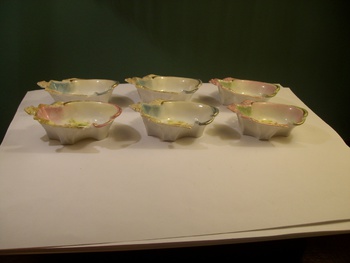 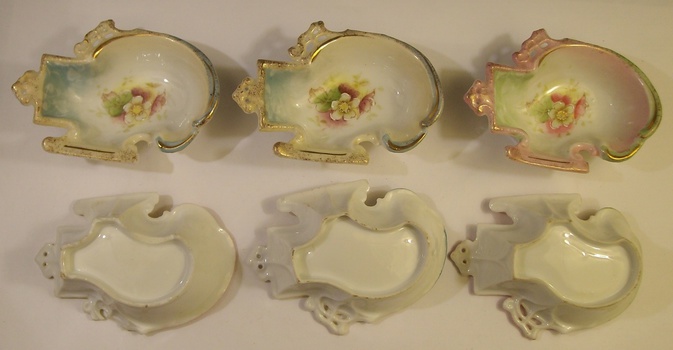 These were used to hold salt and set around the table at special meal time such as Christmas & Thanksgiving. There was only six and it was like one of these for every two people. The individual little porcelain ornate dishes are quite cool and are made in Japan. You know, I'm not even really sure that these little dishes were supposed to be used for salt or pepper and I'm only going by what I saw them used for. If anyone knows what these were really supposed to be used for, I would appreciate any comments about them. They are about two and a half inches long by a little over an inch wide. Each appear hand made and hand painted and no two are exactly alike. I've been told that while I say they are from Japan, they may be from France. I just know for as small as they are, they are super cool.