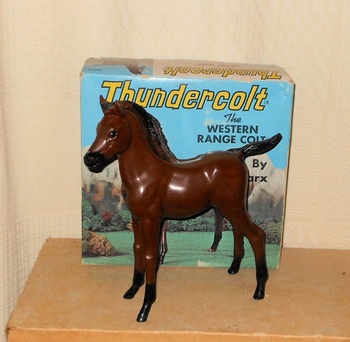 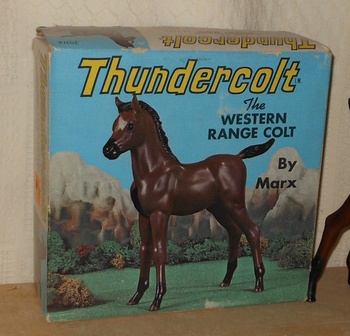 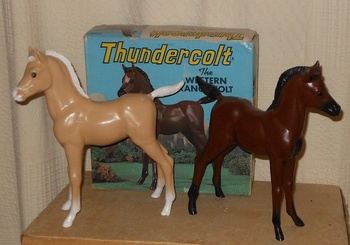 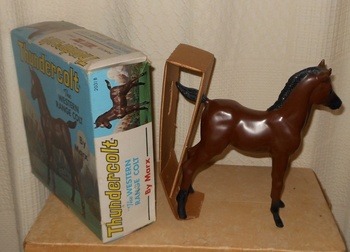 Thundercolt is of course a colt from the Johnny West series of figures also known as Best of the West. Thundercolt came in two colors as seen in the 3rd photo, palomino and bay (brown). This horse was first made in 1966 and sold until the early 70s. Probably was not made after 1970.
This box came with the insert that kept Thundercolt's tail from being broken. Thundercolt did not come with any accessories.