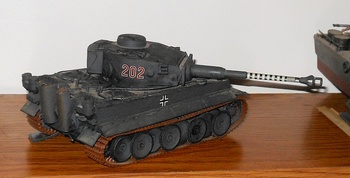 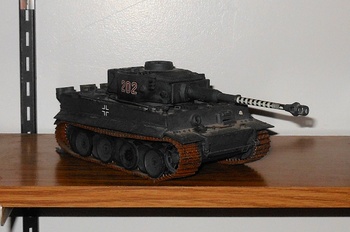 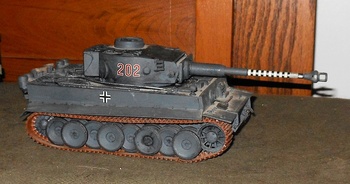 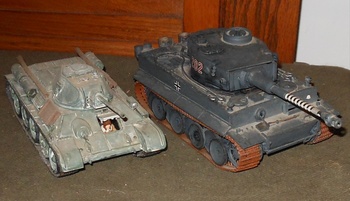 The Tiger tank is probably the meanest looking one of the most feared tanks of WWII. It was armed with the dreaded 88mm which was far more powerful than those of the Allied tanks for most of the war. They would usually lose 4-10 of their own tanks to take out one Tiger. But the Tiger was over-engineered and broke down often.
In the last photo it is side by side with the Soviet T-34 which is similar in size to the Sherman. It is generally considered that Tigers had a 10 to 1 kill ratio over the T 34.
This model has a moveable turret and main gun. The bow machine gun also moves but is very fragile so I don't touch it.