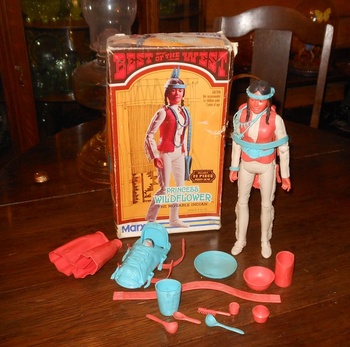 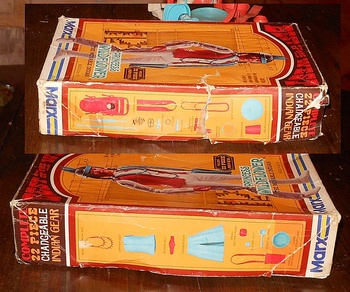 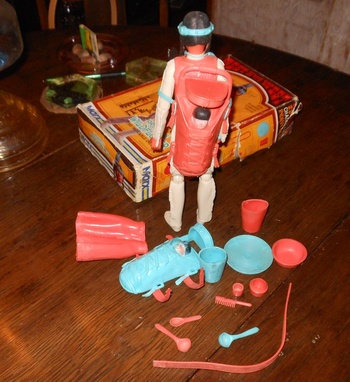 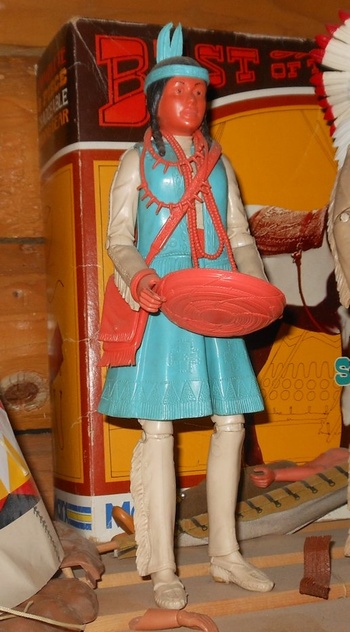 Princess Wildflower was released in 1974 and all the other figures in the line got the new Best of the West boxes.
Princess Wildflower was a completely all new figure with new accessories, new body and a new head sculpt. OK the hands were the same as Jane West but they were in different color.
The accessories were displayed on the sides of the box. Each figure had the accessories in two different colors but the colors would often be reversed from figure to figure but they would always be two different colors. Wildflower was an Indian Teepee wife with variety of housewares such as cups, bowls, wicker baskets and a bone comb. Most notable is the papoose seen here in both colors.